This page can be viewed at http://www.historycommons.org/entity.jsp?entity=american_patriot_foundation_1

American Patriot Foundation was a participant or observer in the following events: 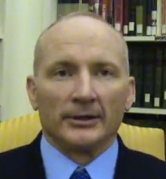 Lieutenant Colonel Terry Lakin, in a screenshot taken from his March 30 statement as recorded on YouTube. [Source: credit YouTube / CBS News]Army doctor Lieutenant Colonel Terrence Lee “Terry” Lakin is ordered to face a court-martial for refusing to deploy to Afghanistan. Lakin claims that because President Obama is not a US citizen, he does not recognize Obama’s authority to give orders as commander in chief. Lakin, ordered this week to report to Fort Campbell, Kentucky, refused to go to the Kentucky Army base, and instead went to the Pentagon, where he was confronted by his brigade commander, Colonel Gordon Roberts, a Vietnam Medal of Honor recipient. Roberts read Lakin his Miranda rights and told him he faces a court-martial; Lakin’s Pentagon building pass and government laptop computer were seized. Lakin faces a dishonorable discharge if convicted. On a March 30 video statement posted on YouTube, Lakin said: “I believe all servicemen and women, and the American people, deserve the truth about President Obama’s constitutional eligibility to the office of the presidency and the commander in chief.… Seeking out public office, especially the highest in our land, means you must uphold the Constitution, Mr. President, and confirm your eligibility.… The minimal invasion to any politician’s privacy from having to show an original, signed birth certificate is far less than the harms to our country by someone not qualified whose election would thus subvert the law and the truth.” In the video, he promised to “disobey” orders to deploy, and acknowledged he was “inviting” a court-martial. Lakin won a Bronze Star for meritorious service during a previous tour in Afghanistan. (Miklaszewski and Murray 4/13/2010; Sheridan 4/14/2010; DiMascio 4/14/2010; Montopoli 4/15/2010) Lakin’s legal defense fund is being coordinated by a “birther” group called the American Patriot Foundation. According to Army spokesman George Wright, Lakin will be reassigned to duty at Walter Reed Medical Center in Washington pending an investigation into whether he violated two provisions of the Uniform Code of Military Justice: missing the movement of a unit and violating an order. (DiMascio 4/14/2010)

Lieutenant Colonel Terry Lakin is formally court-martialed for refusing to obey orders deploying him to Afghanistan because, he says, he questions President Obama’s citizenship and therefore his right to issue orders to the military (see Before April 13, 2010). In response, Lakin issues a statement through the American Patriot Foundation, the “birther” organization raising money for his defense. Reporter Justin Elliott writes that in the statement, Lakin “waxe[s] heroic,” saying: “I invited my court martial, and today I stand ready to answer these charges. I was prepared to deploy if only the president would authorize the release of the proof of his eligibility. He refused, and now the court will determine the issue, and my fate. The Constitution matters. The truth matters.” Lakin has been interviewed by a number of right-wing radio hosts, and recently told host G. Gordon Liddy that his lawyers may try to compel Obama to produce a birth certificate. (Army 4/22/2010; Elliott 4/23/2010) The effort to compel “discovery” from Obama will fail (see August 2, 2010). Lakin is receiving financial and legal assistance from the American Patriot Foundation (APF), an organization headed by former Congressional staffer and Bush administration veteran Margaret Hemenway, who has previously caused a stir by publicly protesting her daughter being taught by a lesbian teacher and publicly declaring her disbelief in global warming. The APF has created a Web site called “Safeguard Our Constitution” to promote Lakin’s cause. Hemenway has worked in the offices of Representative John Shadegg (R-AZ) and Senator Bob Smith (R-NH), and as a policy analyst for the House Republican Study Committee, according to her bios at various conservative publications. She also spent five years at the Defense Department and NASA “as a White House appointee” during the Bush administration. Her father-in-law, attorney and World War II vet John Hemenway, was involved in a “birther” lawsuit brought by Philadelphia activist Philip Berg (see March 5, 2009). Smith, Hemenway’s former boss, founded the group in 2003 after losing the Republican primary to John Sununu (R-NH) in 2002. At the time, the group was supposedly created to support “the families of soldiers lost in war.” The group has apparently been dormant until now. Hemenway explains that Smith “was gracious enough to turn it over to be put to a good public purpose—the immediate purpose is helping a brave officer who has not been able to get anyone in officialdom to answer his question about the president’s compliance with Article II, Section 1 of the Constitution—whether Obama is ‘natural born.’” (Elliott 4/14/2010) Lakin’s civilian lawyer, Paul Rolf Jensen, is a well-known conservative activist who also worked for two senators, including Smith, and is a former Bush administration staffer. He is often involved in anti-gay legal cases, and filed “25 charges of heresy” against a number of Presbyterians around the country in 2004. The complaints included cases in which pastors officiated over same-sex unions, ordained gay elders, or were themselves gay. “I am called to action within the Presbyterian church to fight back against those who have made war and would destroy our church,” he told CNN at the time. (Elliott 4/26/2010)

A second retired general serving as a Fox News analyst comes out in support of Lieutenant Colonel Terry Lakin, who has refused to obey orders deploying him to Afghanistan because, Lakin says, he questions President Obama’s citizenship and therefore his right to issue orders to the military. Lakin faces a court-martial for disobeying orders (see Before April 13, 2010 and April 22-23, 2010). Lieutenant General Thomas McInerney joins fellow Fox News analyst, retired Major General Paul Vallely, and a third retired officer, Major General Jerry Curry (see August 2, 2010), in support of Lakin. McInerney says in a statement: “[I]t is my opinion that LTC Lakin’s request for discovery relating to the president’s birth record in Hawaii is absolutely essential to determining not merely his guilt or innocence but to reassuring all military personnel once and for all for this president whether his service as commander in chief is constitutionally proper. He is the one single person in the chain of command that the Constitution demands proof of natural born citizenship. This determination is fundamental to our Republic, where civilian control over the military is the rule. According to the Constitution, the commander is chief must now, in the face of serious—and widely-held—concerns that he is ineligible, either voluntarily establish his eligibility by authorizing release of his birth records or this court must authorize their discovery. The invasion of his privacy is utterly trivial compared to the issues at stake here. Our military MUST have confidence their commander in chief lawfully holds his office and absent which confidence grievous consequences may ensue.” McInerney’s statement is released by the American Patriot Foundation, the “birther” organization raising money for Lakin’s defense. (Unruh 8/31/2010; Linkins 9/1/2010)

May 12, 2011: Ex-Army ‘Birther’ Released from Jail for Disobeying Orders

Former Army Lieutenant Colonel Terry Lakin is discharged from military prison after serving five months of a six-month term for refusing to obey deployment orders. Lakin refused to be deployed in April 2010 because, he said at the time, President Obama was not a true American citizen and therefore could not give him or any other member of the military any orders to deploy (see Before April 13, 2010). Lakin was court-martialed, dishonorably discharged, and sentenced to prison at Fort Leavenworth, Kansas (see December 16, 2010). He pled guilty after a military court refused to allow what he and the “birther” organization that supported him, the American Patriot Foundation, called “evidence” of Obama’s lack of US citizenship (see September 2, 2010). (Associated Press 5/13/2011) Some “birthers” continue to use Lakin’s case to advance their cause. One “birther” blog devoted to advocating the anti-gay “Defense of Marriage Act” writes: “Lieutenant Terry Lakin was sentenced as a result of a judicial meltdown in our courts transpiring and sweeping across America, as Mr. Lakin was not allowed the right to justly defend himself. He was denied the opportunity to call forth witnesses or to submit crucial evidence to the court involving our Head-in-Chief.” (DOMA News 5/15/2011) A commenter on the Free Republic blog writes: “When did overlooking and ignoring fraud, deceit, identity theft, forgery, and corruption in the chain of command become part of the military code of honor? Is this how our very highest military officers fulfill their responsibilities to the brave men and women serving under them and to their oath to defend the Constitution. [sic] Do they feel shame when accepting the salutes of our dedicated and honorable troops? Are our highest military [sic] the least bit suspicious that Obama sits in the White House because of forgery, deceit, fraud, and identity theft? Where is the evidence that they peacefully and lawfully sought certifiable clarification of Obama’s status from Congress, the courts, and/or Obama himself?” (Free Republic (.com) 5/12/2011)