This page can be viewed at http://www.historycommons.org/entity.jsp?entity=andrew_schafer_1

Andrew Schafer was a participant or observer in the following events:

July 12, 2010 and After: Florida Pastor Announces Intention of Burning ‘a Few Hundred Korans’ 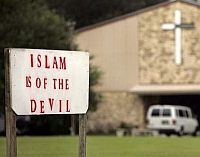