This page can be viewed at http://www.historycommons.org/entity.jsp?entity=charlie_sheen_1

Charlie Sheen was a participant or observer in the following events: 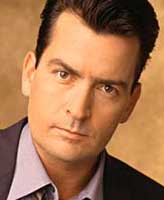 Charlie Sheen [Source: Publicity photo]Well-known Hollywood actor Charlie Sheen reveals that he believes there is a massive US government coverup of what really occurred on 9/11. Appearing on the Alex Jones radio show, he says, “It seems to me like 19 amateurs with boxcutters taking over four commercial airliners and hitting 75 percent of their targets, that feels like a conspiracy theory. It raises a lot of questions.” (Zwecker 3/23/2006) He says, “I saw the South Tower hit live, that famous wide shot where it disappears behind the building and then we see the tremendous fireball,” and comments, “it didn’t look like any commercial jetliner I’ve flown on any time in my life.” He questions how a commercial plane could have performed the elaborate maneuvers necessary to hit the Pentagon, as Flight 77 reportedly did, and also says the collapses of the Twin Towers looked like a “controlled demolition.” (CNN 3/22/2006) In response, some newspaper columnists ridicule him, with the New York Post accusing him of joining the “9/11 gone-bonkers brigade,” and a columnist with the London Guardian calling him “insane.” (Johnson 3/23/2006; Hyde 3/25/2006) However, CNN’s daily entertainment news show Showbiz Tonight gives him more sympathetic attention, and covers the story four shows in succession. Several celebrities defend Sheen’s right to express his views. Bestselling author Erica Jong says he has “done his homework, and he’s asking questions. He’s speaking truth to power, which is a brave thing to do.” (CNN 3/22/2006; CNN 3/23/2006; CNN 3/24/2006; CNN 3/27/2006)