This page can be viewed at http://www.historycommons.org/entity.jsp?entity=christian_action_network_1

Christian Action Network (CAN) was a participant or observer in the following events: 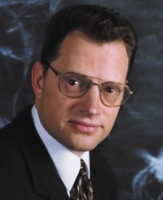 William F. Jasper. [Source: John Birch Society]William F. Jasper, a senior member of the anti-Communist, implicitly racist John Birch Society (JBS—see March 10, 1961 and December 2011) and the senior editor of its New American magazine, protests that the “left-wing media” are attempting to use the arrests of nine far-right militia members in the Midwest (see March 27-30, 2010) “to broadly smear all political conservatives, constitutionalists, tea party activists, and opponents of President Obama’s health care as ‘extremist’ and ‘anti-government.’” Jasper derides the media’s reliance on experts from the Southern Poverty Law Center (SPLC—see March 2, 2010) for understanding and analysis of the Michigan Hutaree and other militia groups. “[P]redictably,” he writes, “the SPLC has been only too ready to spin the story as proof of their contention that the greatest danger to our republic is ‘anti-government’ extremism by ‘right-wing’ organizations the SPLC likes to identify as ‘hate groups.’” Jasper says that groups like the JBS and the Hutaree are “falsely label[ed] as being racist, homophobic, anti-Semitic, anti-government, anti-immigrant, nativist, extremist, hate-promoting, and intolerant.” He writes that the SPLC routinely conflates right-wing “constitutionalist” or “patriot” groups with “genuine hate groups such as the Ku Klux Klan, Aryan Nations, or the Nazi Party” in an attempt “to smear and discredit them by false association.” He then attacks the SPLC as “a principal front for the militant homosexual lobby” and a strong opponent of the “Christian Right,” accusing it of “smear[ing] such respected Christian and pro-family organizations as Dr. James Dobson’s Focus on the Family, the late Rev. D. James Kennedy’s Coral Ridge Ministries/Center for Reclaiming America, and Beverly LaHaye’s Concerned Women for America, as well as the Alliance Defense Fund, the American Family Association, the Chalcedon Foundation, American Vision, the Christian Action Network, the Family Research Council, Summit Ministries, and the Traditional Values Coalition.” He quotes right-wing attorney Matt Barber, the director of Liberty Counsel, as calling the SPLC a “bully” organization, and cites Barber as saying that a citation by the SPLC “confers a badge of honor upon every legitimate Christian and conservative organization it so disingenuously mislabels ‘hate group.’ It’s a tacit admission by the SPLC that these groups represent a political threat; that their activities undermine the SPLC’s not-so-thinly-veiled, left-wing agenda.” And he quotes far-left columnist Alexander Cockburn, an avowed Marxist, as labeling the SPLC a “hatemongering” organization. In truth, Jasper claims, it is the SPLC and not the groups it covers that is a true “hate group” responsible for police and other law enforcement officials unfairly pursuing and even endangering what he calls innocent citizens and organizations exercising their constitutional rights to protest against their government. Jasper takes particular umbrage at a Wisconsin news report that cited the SPLC’s identification of a JBS chapter in Grand Chute, Wisconsin, as a “patriot” group. The news report quoted SPLC official Heidi Beirich as calling the JBS “one of the number one organizations that provide the conspiracy theories that fuel the anti-government world.” He also notes that the news report quoted JBS chief Arthur Thompson as admitting that while many militia groups rely on JBS literature and Web sites for their information, “that doesn’t mean we support their policies of how they want to implement what they believe in. We believe in a lot of things but we don’t believe in coercion or violence to promote what we believe in.” The JBS, Jasper writes, has “promot[ed] freedom” for over 50 years, and calls it “a patriotic, educational organization dedicated to restoring and preserving limited, constitutional government, free enterprise, and Christian-style civilization.” The JBS “has always opposed racism, anti-Semitism, communism, socialism, fascism, and Nazism,” Jasper concludes, though he acknowledges that his claim “has not stopped liberal-left critics from falsely accusing the Society of these things. In so doing these critics have adopted the tactics developed by the Communist Party of smearing their opponents rather than honestly debating them on the issues.” (John Birch Society 6/3/2008; Jasper 4/26/2010)