This page can be viewed at http://www.historycommons.org/entity.jsp?entity=cort_wrotnowski_1

Cort Wrotnowski was a participant or observer in the following events: 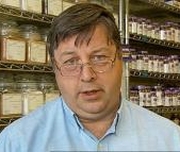 Cort Wrotnowski. [Source: Deutche Welle]Connecticut resident Cort Wrotnowski files a motion for Connecticut’s Supreme Court to order Secretary of State Susan Bysiewicz to verify Senator Barack Obama (D-IL)‘s citizenship before allowing Obama to appear on the state’s presidential ballot. State Supreme Court Chief Justice Chase T. Rogers throws the case out for lack of jurisdiction within a half hour of reviewing it. Wrotnowski later says: “I have not seen the ruling yet. So, in reality, the case was not heard on its merits.… Currently, we are assembling information for another and better try.” (CORT WROTNOWSKI v. SUSAN BYSIEWICZ, SECRETARY OF THE STATE OF CONNECTICUT (SC 18264) 11/3/2008

; Schilling 11/13/2008) After Obama wins the presidential election, Wrotnowski will file a similar case with the US Supreme Court, Wrotnowski v. Bysiewicz, asking the Court to place an “emergency stay” on the US Electoral College’s November 2008 election results (see November 12, 2008 and After). His Supreme Court motion challenges Obama’s status as a “natural born citizen,” says that because Obama is not a valid US citizen he cannot legally take the oath of office to become president, and says that Obama’s own Hawaiian birth certificate (see June 13, 2008) “proves” he has dual British-US citizenship and is therefore ineligible to hold the presidency. Wrotnowski also accuses Bysiewicz’s office of “fail[ing] to protect the integrity of the electoral process.” (MarketWatch 2009) The Supreme Court will decline to hear the case. (CITIZENS FOR THE UNITED STATES CONSTITUTION 2009)