This page can be viewed at http://www.historycommons.org/entity.jsp?entity=criminal_investigation_command_1

Criminal Investigation Command (CIC) was a participant or observer in the following events: 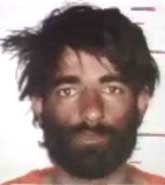 Dilawar. [Source: CBS]Dilawar, an Afghan farmer turned taxi driver who was detained by US troops on December 5 (see December 5-9, 2002), is found dead in his cell at Bagram. Earlier that day, he was taken to the interrogation room for what will be his last interrogation. An interpreter will later describes him with legs uncontrollably jumping and numbed hands; Dilawar had been chained by his wrists to the top of his cell for four days and suffered repeated beatings from guards. He is agitated and confused, crying that his wife is dead and complaining of being beaten by his guards. Interpreter Ali Baryalai will later tell investigators, “We didn’t pursue that.”
Making Sure the Prisoner is Hydrated - Dilawar is interrogated by two MPs, Specialists Glendale Walls and Joshua Claus. Though Walls is the lead interrogator, the more aggressive Claus quickly takes control of the proceedings. “Josh had a rule that the detainee had to look at him, not me,” the interpreter will tell investigators. “He gave him three chances, and then he grabbed him by the shirt and pulled him towards him, across the table, slamming his chest into the table front.” Both Walls and Claus slam Dilawar against the wall when he tries and fails to kneel; he begins to either fall asleep or pass out. Baryalai will later state, “It looked to me like Dilawar was trying to cooperate, but he couldn’t physically perform the tasks.” As Baryalai will later tell investigators, Claus grabs Dilawar, shakes him, and tells him that if he does not cooperate, he will be shipped to a prison in the United States, where he would be “treated like a woman, by the other men” and face the wrath of criminals who “would be very angry with anyone involved in the 9/11 attacks.” Dilawar asks for a drink of water, and Claus responds by taking a large plastic water bottle and, instead of giving Dilawar the water, punching a hole in the bottom of the bottle. As Dilawar fumbles with the bottle, the water pours over his orange prison garb. Claus then snatches the bottle back and begins spraying the water into Dilawar’s face. As Dilawar gags on the spray, Claus shouts: “Come on, drink! Drink!” A third interrogator, Staff Sergeant Christopher Yonushonis, enters the room and, as he will recall, finds a large puddle of water, a soaking wet Dilawar, and Claus standing behind Dilawar, twisting up the back of the hood that covers the prisoner’s head. “I had the impression that Josh was actually holding the detainee upright by pulling on the hood,” Yonushonis will recall. “I was furious at this point because I had seen Josh tighten the hood of another detainee the week before. This behavior seemed completely gratuitous and unrelated to intelligence collection.” When Yonushonis demands an explanation, Claus responds, “We had to make sure he stayed hydrated.”
Dies While Chained to the Ceiling - An interrogator, presumably Yonushonis, promises Dilawar that he can see a doctor after the interrogation session concludes, but Claus tells the guards not to take him to a doctor. Instead, Claus tell the guards to chain him to the ceiling again. “Leave him up,” one of the guards will later quote Claus as saying. Dilawar dies while chained up; hours later, an emergency room doctor sees Dilawar’s body already dead and stiffening. Yonushonis reports the abusive interrogation to his superior officer, Staff Sergeant Steven Loring, but Dilawar is already dead.
Autopsy Report: Legs 'Pulpified' - An autopsy will find Dilawar’s death caused by “blunt force injuries to the lower extremities.” At a pre-trial hearing for one of the guards involved in Dilawar’s abuse, a coroner will say the tissue in the prisoner’s legs “had basically been pulpified.” Major Elizabeth Rouse, another coroner and the one who termed Dilawar’s cause of death to be “homicide,” will add, “I’ve seen similar injuries in an individual run over by a bus.” Walls and Claus will both be charged with assault and maltreatment of a prisoner. (Golden 5/20/2005)
Changes Implemented - After Dilawar’s death, the second in a matter of days (see November 30-December 3, 2002), some changes are implemented at Bagram. A medic is assigned to work the night shift. Interrogators are prohibited from physical contact with the detainees. Chaining prisoners to fixed objects is banned, and the use of stress positions is curtailed. Yonushonis will not be interviewed until August 2004, when he contacts an agent of the Army’s Criminal Investigation Command on his own initiative to discuss his knowledge of Dilawar’s death. “I expected to be contacted at some point by investigators in this case,” he will say. “I was living a few doors down from the interrogation room, and I had been one of the last to see this detainee alive.” Of the last interrogation, Yonushonis will tell investigators, “I remember being so mad that I had trouble speaking.” He also adds one extra detail: by the time Dilawar was interrogated the final time, “most of us were convinced that the detainee was innocent.” (Gall 3/4/2003; Kaufman 3/5/2003; BBC 3/6/2003; Campbell 3/7/2003; Gumbel 3/7/2003; Gall and Rohde 9/17/2004; Golden 5/20/2005)

March 2, 2007: Report: US Blocked Investigation into Allegations of Murder and Torture of Afghans

Nieman Reports, a quarterly magazine about journalism, publishes an article by investigative journalist Craig Pyes describing how the US Army attempted to undermine a Los Angeles Times investigation looking into the March 2003 deaths of two Afghan detainees (see March 16, 2003). It is believed that members of a Special Forces detachment in Afghanistan murdered the two men, identified as Jamal Naseer and Wakil Mohammed, and then covered up the circumstances surrounding their deaths. An official investigation into the two deaths by the Army’s Criminal Investigation Command (CID) found insufficient probable cause to bring charges for either of the two deaths. As a result of the CID investigation, two soldiers were given noncriminal administrative letters of reprimand (see January 26, 2007) for “slapping” prisoners at the Gardez facility and for failing to report the death of Naseer. In his article, Pyes recounts the resistance he and his colleague Kevin Sack encountered from the military as they sought information about the two deaths. The military refused to disclose basic information about the circumstances surrounding the two deaths, including the two men’s identities, the circumstances of their detention, the charges against them, court papers, and investigative findings. The journalists also learned that soldiers had been told by their superiors that it was important that everyone be “on the same page in case there was an investigation.” During their investigation, they also discovered that “military examiners had made some significant errors, including their initial failure to identify the victims. They also grossly misidentified dates of crucial events and persistently failed to interview key people and locate supporting documents.” (Nieman Watchdog 3/2/2007)