This page can be viewed at http://www.historycommons.org/entity.jsp?entity=david_charles_tate_1

David Charles Tate was a participant or observer in the following events:

1960s and After: Racist, Separatist ‘Christian Identity’ Theology Spreads across US 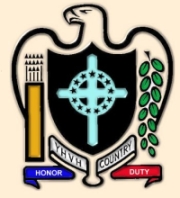 Four members of the secretive white supremacist group The Order (see Late September 1983), Randolph Duey, Richard Kemp, and new recruits David Charles Tate and James Dye, murder an Aryan Nations member, Walter Edwards West. Order founder Robert Jay Mathews ordered West’s murder after learning that West had been getting drunk in bars around Hayden Lake, Idaho—the location of the Aryan Nations’ compound—and bragging about The Order’s recent exploits (see April 19-23, 1984 and April 29, 1984). Duey and Kemp kidnap West from his home and drive him into the woods, where the four kill him with hammer blows to the head and a rifle shot to the face. They then dump his body into a previously prepared grave. (McClary 12/6/2006)

David Tate, one of two members of the now-defunct white supremacist group The Order to escape the government’s massive prosecution of its members (see Late December 1984 - April 1985), is stopped by two Missouri state troopers conducting random vehicle and license checks. He is trying to flee to a Christian Identity (see 1960s and After) survivalist compound called the Covenant, the Sword, and the Arm of the Lord (CSA). Tate opens fire on the two officers with a MAC-10 submachine gun, killing one and critically wounding the other. He is captured five days later hiding in a city park in Arkansas. He will be convicted of assault and murder, and sentenced to life without parole. Federal authorities will use the Tate incident to arrest the CSA leadership (see 1983); the organization will soon fold. (Anti-Defamation League 2005; McClary 12/6/2006)

The trial of 21 members of the white supremacist group The Order begins in a US district court in western Washington State (see Late December 1984 - April 1985). The trial judge is Walter T. McGovern. Eleven of the defendants decide to plead guilty and several agree to serve as government witnesses. The trial lasts into December 1985; 338 witnesses testify, and over 1,500 exhibits are presented. The defense attempts to discredit the Order members who turn state’s evidence, accusing them of creating a “self-serving fabric of lies,” and the prosecution of “trial by gossip.” Jurors will later tell news reporters that the most compelling evidence in the trial comes from the former Order members. The jury, composed of eight white women and four white men, deliberates for two weeks before issuing its verdict on December 30. All 10 defendants are found guilty of racketeering and conspiracy. Six are found guilty of other federal crimes. Judge McGovern will hand down stern sentences, ranging from 40 to 100 years in federal detention. (McClary 12/6/2006) Many of those convicted will remain unrepentant during their prison stays, and are viewed by radical right-wing extremists as “prisoners of war” and “heroes.” (Eye on Hate 2003) Two other Order members, David Tate (see April 15, 1985) and Richard Scutari (see March 19, 1986), escape the Washington prosecution.