This page can be viewed at http://www.historycommons.org/entity.jsp?entity=david_pepper

Positions that David Pepper has held:

David Pepper was a participant or observer in the following events: 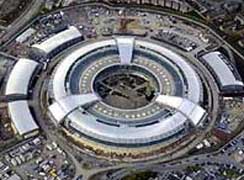 Britain’s GCHQ. [Source: BBC]British officials order translators and analysts working at the British Government Communications Headquarters (GCHQ) to cooperate with a US surveillance operation (see January 31, 2003) that is targeting diplomats from the “swing nations” on the Security Council—Chile, Bulgaria, Cameroon, Angola, Guinea, and Pakistan. China, too, is likely a target of the mission. The espionage campaign is “designed to help smooth the way for a second UN resolution authorizing war in Iraq.” (Bright and Beaumont 2/8/2004 Sources: Unnamed sources close to the intelligence services) The operation is likely known to the director-general of GCHQ, David Pepper, and Jack Straw, the Foreign Secretary, “who has overall responsibility for GCHQ.” (Bright and Beaumont 2/8/2004) The operation reportedly causes “significant disquiet in the intelligence community on both sides of the Atlantic.” (Bright and Beaumont 2/8/2004)