This page can be viewed at http://www.historycommons.org/entity.jsp?entity=david_rapp_1

David Rapp was a participant or observer in the following events: 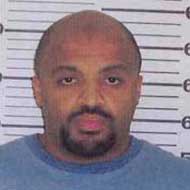 Zacarias Moussaoui after his arrest. [Source: FBI]After being warned that Zacarias Moussaoui has raised suspicions at flight school (see August 11-15, 2001 and August 13-15, 2001), the FBI learns they can arrest him because he is in the US illegally. Four agents, Harry Samit, John Weess, Dave Rapp (all FBI) and Steve Nordmann (INS), drive to the Residence Inn, where Moussaoui and his associate Hussein al-Attas are staying. At the hotel Samit speaks on the phone to Joe Manarang from FBI headquarters; Manarang appeals for them to take the “cautious route” and not arrest Moussaoui. However, Samit refuses, as he has already notified the hotel clerk of their interest. Moussaoui is arrested around 4:00 p.m. on an immigration violation. At first Moussaoui shows the agents some documents, but then he becomes upset at missing his flight training. The FBI confiscates his belongings, including a computer laptop, but Moussaoui refuses permission for the belongings to be searched. A search of Moussaoui’s person yields a dagger with a two-inch blade, and another knife with a three-inch blade belonging to Moussoaui is found in the car. He also has boxing gloves and shin guards, and the arresting agents note he has prepared “through physical training for violent confrontation.” Al-Attas allows the agents to search his belongings and they believe al-Attas is in the US legally, so he is not arrested. However, al-Attas tells the FBI that Moussaoui is a radical religious Muslim and later makes several statements indicating Moussaoui may be a terrorist (see August 16, 2001). (MSNBC 12/11/2001; US Congress 10/17/2002; US District Court for the Eastern District of Virginia, Alexandria Division 3/9/2006; Gordon 6/4/2006) Al-Attas is arrested the next day (see August 17, 2001).