This page can be viewed at http://www.historycommons.org/entity.jsp?entity=dennis_spiegel_1

Dennis Spiegel was a participant or observer in the following events: 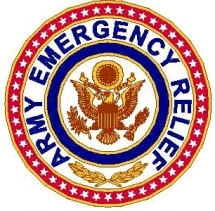 Army Emergency Relief logo. [Source: US Army]The Associated Press reveals the results of its investigation into the nonprofit organization Army Emergency Relief (AER). The investigation shows that between 2003 and 2007, the organization kept $117 million in so-called “reserve” funds, and only distributed $64 million in assistance. Another $164 million was apparently used to cover operating costs. Most of the money collected by AER comes from donations by soldiers and their families. AER is an ostensibly independent organization that is actually controlled through the Army; it helps soldiers get through financial hardships by giving interest-free loans and donations. The AP finds that the organization “allows superiors to squeeze soldiers for contributions; forces struggling soldiers to repay loans—sometimes delaying transfers and promotions; and too often violates its own rules by rewarding donors, such as giving free passes from physical training.” Yet most of its money is being hoarded, much of it garnering interest in stocks and bonds, while Army soldiers and families are being denied help. Sema Olson, an outreach director for the US Welcome Home Foundation, says, “I have so many people who are losing their homes, they’re behind on their mortgage payments, they’re losing their jobs because of PTSD [post traumatic stress disorder] or the medication they’re taking—and the Army Emergency Relief can’t help them.” The smaller Navy and Air Force charities donated a far larger percentage of their monies to soldiers and their families during the four-year period investigated by the AP. AER officials defend their practice of hoading donations, pointing to the current economic crisis and insisting they need to keep large reserves to be ready for future problems. The American Institute of Philanthropy (AIP) says AER holds enough reserves to last about 12 years at its current level of aid; most charity watchdog organizations view a 1-3 year reserve as prudent, and classify larger reserves as hoarding. AIP president Daniel Borochoff says that AER collects money “very efficiently. What the shame is, is they’re not doing more with it.… It’s as if the group is more concerned about its own stability and longevity than the people it purports to serve.” Retired Colonel Dennis Spiegel, AER’s deputy director for administration, says he sees no need for AER to increase its giving. “I don’t necessarily think the need is any different than it was four or five years ago,” he says. In fact, Speigel says, the economic downturn has prompted AER to cut back on its scholarship aid program by a third. “We’re not happy about it,” he says. (Donn 2/22/2009; Shore 2/22/2009)