This page can be viewed at http://www.historycommons.org/entity.jsp?entity=desmond_edwards_1

Desmond Edwards was a participant or observer in the following events: 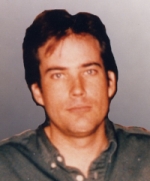 An FBI photo of Eric Rudolph, illustrating his Ten Most Wanted inclusion. [Source: FBI / Public domain]Three pipe bombs, planted by anti-abortion activist and domestic terrorist Eric Robert Rudolph (see 1982 and January 29, 1998), go off in the Centennial Olympic Park in Atlanta, killing two and wounding 111. The park is the central hub of the 1996 Summer Olympics, currently taking place, and is a hive of activity. Thousands of spectators are gathered to watch a late-evening rock concert; sometime after midnight, Rudolph plants a US military field pack containing three pipe bombs surrounded by five pounds of nails (which function as shrapnel) underneath a bench near the base of a concert sound tower, and flees the scene. The bomb, a 40-pound construction considered to be the largest pipe bomb in US history, has a directed charge and could have done even more damage, but is knocked over sideways sometime between its planting and its detonation; FBI agent Jack Killorin will later say it is a “fluke” that the bomb did not kill dozens of people. “He’s one of the most successful serial bombers in history,” Killorin will say. “I do not respect Eric Robert Rudolph. But I do respect his capability as an opponent.” The bomb, like Rudolph’s earlier bombs (see January 16, 1997 and February 21, 1997), is propelled by nitroglycerin dynamite, uses an alarm clock and Rubbermaid containers, and contains steel plates. Security guard Richard Jewell discovers the field pack and alerts Georgia Bureau of Investigation (GBI) officers; two bomb experts confirm that the backpack does, indeed, carry a “big” bomb. Shortly thereafter, Rudolph calls 911 to deliver a warning, but, Rudolph will later claim, the operator inexplicably hangs up on him in mid-statement. (Telephone records show an anonymous 911 call received at 12:57 a.m.; the operator could not find Centennial Park in her computer.) With no knowledge of the abortive 911 warning, Jewell, GBI agent Tom Davis, and others begin clearing the area, removing between 75 and 100 people from harm’s way. At 1:20 a.m. the bomb, controlled by an alarm clock “timer,” explodes. Georgia resident Alice Hawthorne dies from a nail striking her in the head, and Turkish cameraman Melih Uzunyol dies of a heart attack suffered while he runs to cover the explosion. Davis is among the 111 people injured in the blast. Eyewitness Desmond Edwards of Atlanta tells the press: “Some people looked really messed up. There were rivers of blood.” The FBI quickly rules the explosion a terrorist incident. The International Olympic Committee says the games will go on despite the bombing. (CNN 7/27/1996; CNN 6/15/2002; Freeman 8/24/2006) Within days, authorities will speculate that the bombing was carried out either by a lone “nutjob” or by someone with ties to the right-wing militia movement. (CNN 7/27/1996) GBI investigator Charles Stone will later tell the press: “It [the bomb] was put together in a meticulous fashion, and we believed we had somebody who wanted to kill a lot of people. Nobody took credit, which indicates that it might have been an individual, as opposed to an organized group, probably somebody who had military experience, somebody who was proficient with bombs.” A pair of eyewitnesses realize that they have inadvertently videotaped the explosion. They try to give their film to the police, but when they are turned away, they give it to CNN. Later, investigators turn up a blurry photo of someone sitting on the bench near where the bomb was planted, and believe it may be the bomber, but the photo is useless for identification purposes. (CNN 6/15/2002)
Original Plan Far More Extensive - Rudolph’s original plan involved five pipe bombs, all to be detonated on different days, and primarily targeting law enforcement officials and not civilians. When the first bomb explodes, Rudolph loses his nerve, retrieves the other four bombs from where he has hidden them, and flees to western North Carolina, to plot further bombings. (Freeman 8/24/2006)
Denounced by President - President Clinton denounces the bombing the following morning, calling it an “evil act of terror” and promising to turn all federal resources towards finding the bomber. “We will spare no effort to find out who was responsible for this murderous act,” he tells the public. “We will track them down. We will bring them to justice.” (CNN 7/27/1996)
Jewell Falsely Implicated - Jewell, initially hailed by the press as a hero for his role in finding the bomb and clearing the area, is soon targeted by FBI investigators. He is never identified as anything other than a “person of interest” in the bombing, but is swarmed by media representatives. Jewell will later sue NBC, the Atlanta Journal-Constitution, and other media outlets for libel. He will say, “For 88 days, I lived a nightmare.” Investigators later learn that two drunken young men rousted by Jewell had intended to steal the backpack containing the bomb and carry it with them into a nearby nightclub. Stone later says if the young men had succeeded, “We would have had hundreds of fatalities. It would have been a disaster of just an unknown magnitude.” Instead, the would-be thieves tip over the pack, causing much of the blast to be directed straight up instead of into the crowd, as Rudolph intended. (CNN 6/15/2002)
Rationale - In 2005, Rudolph will explain why he bombed the Olympics, saying that he wanted to shut down the Olympics because of its espousal of what he calls “global socialism” and the US government’s support for abortion (see April 14, 2005). Killorin has a simpler explanation: “The Olympic temptation, he could not resist it. It was too big a stage.” (Freeman 8/24/2006)
Later Bombings Point to Rudolph - In early 1997, after an Atlanta-area abortion clinic and lesbian nightclub are bombed (see January 16, 1997 and February 21, 1997), FBI investigators determine that the bombs used at those venues are similar to the Centennial Park bomb. The 1998 bombing of an Alabama abortion clinic (see January 29, 1998) leads the FBI to determine that Rudolph is the bomber. Rudolph becomes a fugitive (see July 1998) and successfully hides for over five years (see May 31, 2003). He will plead guilty to all four bombings in return for the prosecution agreeing not to seek the death penalty (see April 14, 2005).