This page can be viewed at http://www.historycommons.org/entity.jsp?entity=douglas_jehl_1

Douglas Jehl was a participant or observer in the following events: 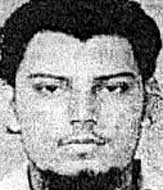 Muhammad Naeem Noor Khan. [Source: BBC]The New York Times reveals the identity of al-Qaeda operative Muhammad Naeem Noor Khan. Bush administration officials allegedly revealed his name to the Times in an attempt to defend a controversial US terror alert issued the day before (see August 1, 2004). (Associated Press 8/10/2004; Suskind 2006, pp. 325-326) Officials from the Department of Homeland Security apparently gave out the name without revealing that Khan had already been turned and was helping to catch other al-Qaeda operatives. (Hasan 8/8/2004) A few days later, National Security Adviser Condoleezza Rice confirms that US officials named Khan to the reporters “on background.” (Savage and Bender 8/10/2004) But some days after that, anonymous Pakistani government sources will claim that Khan’s name was initially leaked by Pakistani officials. (Haqqani 8/17/2004) Middle East expert Juan Cole suggests both accounts have merit. In the hours after the August 1 terror alert that was based on information secured from Khan’s computer, reporters scramble to determine the source of the alert. One reporter learns of the Khan arrest from a CIA analyst, though the analyst refuses to give out any names. Cole believes that New York Times reporter David Rohde then acquires Khan’s name from his Pakistani sources and confirms it through US sources at the Department of Homeland Security. (Cole 8/19/2004) Khan, an al-Qaeda computer expert, was arrested in Pakistan on July 13 and quickly began cooperating with investigators. He started sending e-mails to other operatives around the world and asked them to report back in. As they replied, investigators began tracing their locations. But Khan’s name is revealed before his computer contacts could be fully exploited. Many al-Qaeda members, including some suspected plotters planning strikes on US targets, escape arrest because of the outing. One Pakistani official says, “Let me say that this intelligence leak jeopardized our plan and some al-Qaeda suspects ran away.” (Associated Press 8/10/2004; Suskind 2006, pp. 325-326) Intelligence reports also indicate that the exposure of Khan makes al-Qaeda members more cautious in their electronic communications. Many cells abruptly move their hideouts, causing the US losing track of them. (Grieve 8/9/2004; Ridgeway 8/2/2005) Some are critical about the leak of Khan’s name:

Tim Ripley, a security expert who writes for Jane’s Defense publications, says, “The whole thing smacks of either incompetence or worse. You have to ask: what are they doing compromising a deep mole within al-Qaeda, when it’s so difficult to get these guys in there in the first place? It goes against all the rules of counterespionage, counterterrorism, running agents, and so forth. It’s not exactly cloak and dagger undercover work if it’s on the front pages every time there’s a development, is it?”

British Home Secretary David Blunkett is openly contemptuous of the White House’s management of the information. “In the United States there is often high-profile commentary followed, as in the current case, by detailed scrutiny, with the potential risk of ridicule. Is it really the job of a senior cabinet minister in charge of counter-terrorism to feed the media? To increase concern? Of course not. This is arrant nonsense.” (Grieve 8/9/2004)

Senator Charles Schumer (D-NY) writes in a letter to Bush officials, “I respectfully request an explanation [about] who leaked this Mr. Khan’s name, for what reason it was leaked, and whether the British and Pakistani reports that this leak compromised future intelligence activity are accurate.” (Savage and Bender 8/10/2004)

Senator George Allen (R-VA) says, “In this situation, in my view, they should have kept their mouth shut and just said, ‘We have information, trust us’.”

Middle East expert Juan Cole notes that the leak of Khan’s name forced the British to arrest 12 members of an al-Qaeda cell prematurely, allowing others to escape. “[T]his slip is a major screw-up that casts the gravest doubts on the competency of the administration to fight a war on terror. Either the motive was political calculation, or it was sheer stupidity. They don’t deserve to be in power either way.” (Hasan 8/8/2004)

Salon’s Dale Davis says, “[S]adly, the damage [the Bush administration’s] machinations have caused to the goal of defeating al-Qaeda will be measured in the loss of the young American servicemen and women who carry the burden of their failed policies.” (Davis 8/13/2004)

New York Times editor Clark Hoyt, in a column entitled “Telling the Brutal Truth,” writes of the lengthy discussions among Times editors and staffers on using the term “torture” in their reports and editorials. Hoyt writes that the term is not used in news reports, though it is in editorials. “Until this month,” he writes, “what the Bush administration called ‘enhanced’ interrogation techniques were ‘harsh’ techniques in the news pages of the Times. Increasingly, they are ‘brutal.’” He characterizes the decision to use, or not use, the word “torture” as an example of “the linguistic minefields that journalists navigate every day in the quest to describe the world accurately and fairly.” He notes that the final decision—to rely on the adjective “brutal”—“displeas[es] some who think ‘brutal’ is just a timid euphemism for torture [as well as] their opponents who think ‘brutal’ is too loaded.”
Reader Criticism - Hoyt notes that some readers have criticized the Times for its lack of “backbone” in not using the term “torture” in its reporting, with one writing that by refusing to use the term, “you perpetuate the fantasy that calling a thing by something other than its name will change the thing itself.” Others say that even using the word “brutal” is “outrageously biased.”
'Harsh' Not Accurately Descriptive - Hoyt notes that in the process of editing an April 10 news report on the CIA’s closing of its network of secret overseas prisons (see April 10, 2009), reporter Scott Shane and editor Douglas Jehl debated over the wording of the first paragraph. Jehl had written that the interrogation methods used in the prisons were “widely denounced as illegal torture,” a phrase Jehl changed to “harshest interrogation methods.” Shane argued that the term “harshest” was not strong enough, and the two agreed to use the word “brutal.” After reading the recently released Justice Department torture memos (see April 16, 2009), managing editor Jill Abramson said a new and stronger term needed to be used. “Harsh sounded like the way I talked to my kids when they were teenagers and told them I was going to take the car keys away,” she says. She, too, came down in favor of “brutal” after conferring with legal experts and Washington bureau chief Dean Baquet. But senior editors have all agreed that the word torture will not be used except in quoting others’ descriptions of the methods. “I have resisted using torture without qualification or to describe all the techniques,” Jehl says. “Exactly what constitutes torture continues to be a matter of debate and hasn’t been resolved by a court. This president and this attorney general say waterboarding is torture, but the previous president and attorney general said it is not. On what basis should a newspaper render its own verdict, short of charges being filed or a legal judgment rendered?” (Hoyt 4/25/2009)
Accusation of Bias, Semantic Games - Media critic Brad Jacobson accuses Hoyt and the Times staff of engaging in meaningless semantic wordplay instead of labeling torture as what it is, and notes that Hoyt seems to admit that public opinion, not journalistic standards, has determined what terms the Times will and will not use. Jacobson writes: “1) If the Times called techniques such as waterboarding torture in its reporting, which it should based on US and international law, legal experts, historians, military judges, combat veterans, and human rights organizations, and described, however briefly, what that torture entailed, then the use of modifying adjectives such as ‘harsh’ or ‘brutal’ would not only be superfluous but, in a news story, better left out; and 2) isn’t the Times (along with any news outlet that has failed to report these acts as torture) directly responsible in some way for inspiring the kind of response it received from readers [who objected to the term ‘brutal’]? If readers are not provided the facts—a) waterboarding is torture and b) torture is illegal—while Times editors are simultaneously ascribing arbitrary descriptors to it like ‘brutal’ or ‘harsh,’ then the Times is not only denying its readers the necessary information to understand the issue but this denial may also lead directly to accusations of bias.” He also notes that Jehl censored Shane’s story to eliminate the reference to the methods being “widely denounced as illegal torture,” and asks why Abramson discussed the matter with legal experts rather than determining if waterboarding, physical assaults, and other techniques do indeed qualify as torture under the Geneva Conventions, the Convention Against Torture (see October 21, 1994), and other binding laws and treaties. (Jacobson 4/26/2009)