This page can be viewed at http://www.historycommons.org/entity.jsp?entity=ed_salamah

Ed Salamah was a participant or observer in the following events: 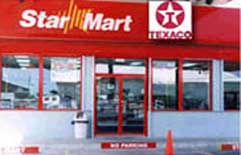 Sam’s Star Mart gas station. [Source: Daniel Hopsicker]9/11 hijacker Nawaf Alhazmi works at a gas station while living in San Diego where other suspected Islamist militants work. This is the only apparent instance of any of the hijackers having a job while in the US. He and 9/11 hijacker Khalid Almihdhar frequently socialize at the gas station, but only Alhazmi works there for pay on and off for about a month at some point after Almihdhar has gone overseas in June 2000. (Goldstein and Booth 12/29/2001; McDermott 9/1/2002; US Congress 7/24/2003, pp. xii, 11-12, 143-146, 155-157

)
Gas Station's Owner Was Investigated - The Texaco gas station, Sam’s Star Mart, is owned by Osama “Sam” Mustafa. (Thornton 7/25/2003) Mustafa was first investigated by the FBI in 1991 after he told a police officer that the US needed another Pan Am 103 attack and that he could be the one to carry out the attack. He also said all Americans should be killed because of the 1991 Iraq War. In 1994, he was investigated for being a member of the Palestinian organizations PFLP and PLO and for threatening to kill an Israeli intelligence officer living in San Diego. The investigation was closed, but reopened again in 1997 when he was tied to a possible plot in North Carolina. Apparently, it was closed again before 9/11. He also associates with Osama Basnan and others who have contacts with the hijackers. Witnesses later claim he cheered when he was first told of the 9/11 attacks. (US Congress 7/24/2003, pp. xii, 11-12, 143-146, 155-157

)
Gas Station's Manager Was Also Investigated - The gas station is managed by Ed Salamah (who apparently is also known as Iyad Kreiwesh). (Goldstein and Booth 12/29/2001; Thornton 7/25/2003) In January 2000, the brother of an unnamed, known al-Qaeda operative was under surveillance and was seen chatting with Salamah. The Los Angeles FBI office was investigating this operative, and it called Salamah about the person. Salamah refused to come to Los Angeles for an interview, and refused to give his home address to be interviewed there. Faced with a reluctant witness, the FBI dropped the matter. (US Congress 7/24/2003, pp. xii, 11-12, 143-146, 155-157

; Isikoff and Klaidman 7/28/2003)
Other Gas Station Employees May Know of 9/11 Plot - Mohdar Abdullah, a friend of Alhazmi and Almihdhar, also works at the gas station around this time. He may have learned of the 9/11 plot as early as the spring of 2000 (see Early 2000). Additionally, according to one witness, Abdullah, Osama Awadallah, Omar Bakarbashat, and other gas station employees will appear to show foreknowledge of the 9/11 attacks one day before they take place (see Late August-September 10, 2001). (9/11 Commission 7/24/2004, pp. 219-220, 249-50, 532)
FBI Informant Stays Silent - The hijackers are living with an FBI informant named Abdussattar Shaikh who is aware of their contact with at least Mustafa, and Shaikh has given reports about Mustafa to the FBI in the past. However, Shaikh fails to tell the FBI about their contacts with him. The 9/11 Congressional Inquiry will later strongly imply that Salamah and Mustafa assisted the hijackers with the 9/11 plot, but the FBI will appear uninterested in them and will maintain that the hijackers received no assistance from anyone. (US Congress 7/24/2003, pp. xii, 11-12, 143-146, 155-157

) Shaikh will also later admit that he knew Alhazmi was working illegally at the gas station, but he didn’t tell his FBI handler about this (see Autumn 2000).

The 9/11 Congressional Inquiry’s final report concludes that at least six 9/11 hijackers received “substantial assistance” from associates in the US, though it’s “not known to what extent any of these contacts in the United States were aware of the plot.” These hijackers came into contact with at least 14 people who were investigated by the FBI before 9/11, and four of those investigations were active while the hijackers were present. But in June 2002, FBI Director Mueller testified: “While here, the hijackers effectively operated without suspicion, triggering nothing that would have alerted law enforcement and doing nothing that exposed them to domestic coverage. As far as we know, they contacted no known terrorist sympathizers in the United States” (see June 18, 2002). CIA Director Tenet made similar comments at the same time, and another FBI official stated, “[T]here were no contacts with anybody we were looking at inside the United States.” These comments are untrue, because one FBI document from November 2001 uncovered by the Inquiry concludes that the six lead hijackers “maintained a web of contacts both in the United States and abroad. These associates, ranging in degrees of closeness, include friends and associates from universities and flight schools, former roommates, people they knew through mosques and religious activities, and employment contacts. Other contacts provided legal, logistical, or financial assistance, facilitated US entry and flight school enrollment, or were known from [al-Qaeda]-related activities or training.” (US Congress 7/24/2003

) The declassified sections of the 9/11 Congressional Inquiry’s final report show the hijackers have contact with:

Mohammed Haydar Zammar, investigated by Germany since at least 1997 (see 1996), the Germans periodically inform the CIA what they learn.

Osama Basnan, US intelligence is informed of his connections to Islamic militants several times in early 1990s but fails to investigate (see April 1998).

Ed Salamah, manager of the same gas station, and an uncooperative witness in 2000 (see Autumn 2000).

An unnamed friend of Hani Hanjour, whom the FBI tries to investigate in 2001.

An unnamed associate of Marwan Alshehhi, investigated beginning in 1999.

Hijackers Nawaf Alhazmi and Khalid Almihdhar, who had contact with Basnan, al-Bayoumi, al-Awlaki, Mustafa, and Salamah, “maintained a number of other contacts in the local Islamic community during their time in San Diego, some of whom were also known to the FBI through counterterrorist inquiries and investigations,” but details of these individuals and possible others are still classified. (US Congress 7/24/2003

) None of the above people have been arrested or even publicly charged with any crime associated with terrorism, although Zammar is in prison in Syria.