This page can be viewed at http://www.historycommons.org/entity.jsp?entity=elmina_abdul_1

Elmina Abdul was a participant or observer in the following events: 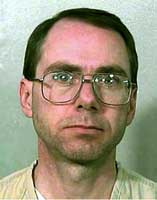 Terry Nichols. [Source: Oklahoma City Police Department]White separatist Terry Nichols (see March 24, 1988 - Late 1990, December 22 or 23, 1988, April 2, 1992 and After, and October 12, 1993 - January 1994) makes a number of trips to the Phillippines, apparently to meet with al-Qaeda bomber Ramzi Yousef and other radical Islamists. Nichols will later help plan and execute the Oklahoma City bombing (see 8:35 a.m. - 9:02 a.m. April 19, 1995). Nichols’s wife is a mail-order bride from Cebu City; Nichols spends an extensive amount of time on the island of Mindanao, where many Islamist terror cells operate. This information comes from a Philippine undercover operative, Edwin Angeles, and one of his wives. Angeles is the second in command in the militant group Abu Sayyaf from 1991 to 1995 while secretly working for Philippine intelligence at the same time (see 1991-Early February 1995). After the Oklahoma City bombing, Angeles will claim in a videotaped interrogation that in late 1992 and early 1993 Nichols meets with Yousef and a second would-be American terrorist, John Lepney. In 1994, Nichols meets with Yousef, Lepney, and others. For about a week, Angeles, Yousef, Nichols, and Lepney are joined by Abdurajak Janjalani, the leader of Abu Sayyaf; two members of the Moro Islamic Liberation Front (MILF); Abdul Hakim Murad and Wali Khan Amin Shah, both of whom are working with Yousef on the Bojinka plot (see January 6, 1995); and a half-brother of Yousef known only by the alias Ahmad Hassim (this is a probable reference to Yousef’s brother Abd al-Karim Yousef, who is living in the Philippines at this time). Elmina Abdul, Angeles’s third wife, will add additional details about these 1994 meetings in a taped 2002 hospital confession to a Philippines reporter days before her death. She only remembers Nichols as “Terry” or “The Farmer,” and doesn’t remember the name of the other American. She says: “They talked about bombings. They mentioned bombing government buildings in San Francisco, St. Louis, and in Oklahoma. The Americans wanted instructions on how to make and to explode bombs. [Angeles] told me that Janjalani was very interested in paying them much money to explode the buildings. The money was coming from Yousef and the other Arab.” (Dacanay 4/3/2002; Insight 4/19/2002; Zumel-Sicat 4/26/2002; Timmerman 6/22/2002; Nicole Nichols 2003) (“The other Arab” may be a reference to the Arab Mohammed Jamal Khalifa, Osama bin Laden’s brother-in-law, because Janjalani’s younger brother later claims Abu Sayyaf was funded in its early years by Yousef and Khalifa.) (CNN 1/31/2007) Abdul claims Nichols and Lepney are sent to an unnamed place for more instructions on bomb-making to destroy a building in the US. She also says that Angeles and others in Abu Sayyaf believe Yousef works for the Iraqi government. (Timmerman 6/22/2002) The Manila Times later reports that “Lepney did indeed reside and do business in Davao City [in the Southern Philippines] during 1990 to 1996.” One bar owner recalls that when Lepney got drunk he liked to brag about his adventures with local rebel groups. (Zumel-Sicat 4/26/2002) In 2003, Nicole Nichols (no relation to Terry Nichols), the director of the watchdog organization Citizens against Hate, will explain why an American white supremacist would make common cause with Islamist terrorists. Two unifying factors exist, she writes: an overarching hatred of Jews and Israel, and a similarly deep-seated hatred of the US government. (Nicole Nichols 2003) After Nichols takes part in the 1995 Oklahoma City bombing (see 8:35 a.m. - 9:02 a.m. April 19, 1995), Wali Khan Amin Shah will attempt to take the credit for plotting the bombing for himself and Yousef, a claim federal authorities will not accept (see April 19, 1995 and 10:00 a.m. April 19, 1995 and After).