This page can be viewed at http://www.historycommons.org/entity.jsp?entity=graham_fuller

Graham Fuller was a participant or observer in the following events:

1984-March 1985: US and Pakistan Begin Training Afghans to Attack Inside Soviet Union

Following a March 1985 directive signed by President Reagan that sharply escalates US covert action in Afghanistan, the Pakistani ISI begins training Afghans to launch strikes directly into Soviet territory. Apparently the idea originated with CIA Director William Casey who first proposed harassing Soviet territory in 1984 (see October 1984). According to Graham Fuller, a senior US intelligence official, most top US officials consider such military raids “an incredible escalation” and fear a large-scale Soviet response if they are carried out. The Reagan administration decides not to give Pakistan detailed satellite photographs of military targets inside the Soviet Union. (Coll 7/19/1992) Mohammad Yousaf, a high-ranking ISI officer, will later claim that the training actually began in 1984. “During this period we were specifically to train and dispatch hundreds of mujaheddin up to 25 kilometers deep inside the Soviet Union. They were probably the most secret and sensitive operations of the war.” He notes that, “By 1985, it became obvious that the United States had got cold feet. Somebody at the top in the American administration was getting frightened.” But, he claims, “the CIA, and others, gave us every encouragement unofficially to take the war into the Soviet Union.” (Dreyfuss 2005, pp. 286-287) Casey will approve of such attacks and the first attack inside the Soviet Union will take place in 1985 (see 1985-1987).

May 1985: ’Fuller Memo’ Codifies US Policy Towards Arming Iran 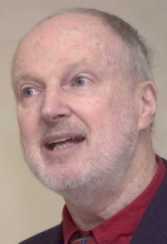 Graham Fuller. [Source: Ohio University]The US tilts ever more sharply towards Iraq in the Iran-Iraq war, even though the Reagan administration continues to maintain a posture of overt neutrality in the conflict. The administration has provided covert military aid for both sides in the struggle (see 1981 and October 1983), and has been divided over which regime to support (see January 14, 1984). It is already involved in “Operation Staunch,” a program designed by Secretary of State George Shultz to stem the flow of weapons to Iran. Now, some officials are arguing that it is time to reverse that course. Graham Fuller, the CIA’s national intelligence officer for the Middle East, writes two controversial secret memos advocating that the administration begin providing support for Iran against Iraq. Fuller is presenting a position long held by national security director Robert McFarlane and two of McFarlane’s aides, Oliver North and Howard Teicher. This pro-Iran group has recently been joined by CIA director William Casey. Both McFarlane and Casey are supportive of Fuller’s memo. Fuller writes in a May 17 memo, “Our tilt to Iraq was timely when Iraq was against the ropes and the Islamic revolution was on a roll. The time may now have to come to tilt back.” Fuller argues that the US should once again authorize Israel to ship US arms to Iran. Ironically, this is the mirror image of Defense Secretary Caspar Weinberger’s argument in favor of supporting Iraq: the US must counter one covert policy with another (see Early 1982). The pro-Iranian coalition within the administration gives scant consideration to the hostage-taking of seven Americans by Hezbollah, a Lebanese Shi’ite militant group with strong ties to Iran’s theocratic regime. On May 20, Fuller circulates a second memo, called a “Special National Intelligence Estimate” (SNIE), that is only read by a handful of senior White House officials (Ronald Reagan is one of the recipients; George Bush is not). Fuller’s memo is written almost entirely for Reagan’s benefit, and in its arguments, becomes a basis for renewed arms sales to Iran and the resulting Iran-Contra scandal. Fuller evokes one of Reagan’s favorite themes, the trouncing of the Soviet Union in the global arena: “We know that the USSR views Iran as ‘the prize’ in the Gulf. Moscow will improve relations when and where it can… until it gains major influence in that state. The disturbing possibility is that the USSR is far more likely than the US to be first in finding opportunities to improve its ties to Iran.” Interestingly, in 1991, during Robert Gates’s Senate hearings on becoming the director of the CIA, it is learned that Fuller’s memo contradicts the views of career Soviet analysts at the agency, who believe that the Soviet Union has no real hope of making inroads into the Iranian regime. The USSR is the chief arms supplier for Iraq, Iran’s bitter enemy and current opponent in a long and bloody war. Iran is arming the Afghan mujaheddin, the Islamist resistance fighters viewed as a threat by Saddam Hussein. Several CIA analysts will later testify that they believe Fuller deliberately slanted his memo for political reasons. In 1992, Fuller himself will admit that he was wrong, but will deny any politicization. Regardless, Fuller’s memo becomes a critical document shaping the Reagan policy to arm Iran. It is not clear whether Vice President Bush ever saw the memo, but whether he did or not, beginning in 1985 he takes part in numerous White House meetings where the arming of Iran is discussed. If he has objections to the policy, he never voices them. (Church 11/17/1986; Waas and Unger 11/2/1992)

September 1999: CIA Analyst Suggests US Use Muslims to Further US Interests in Central Asia

Graham Fuller, former Deputy Director of the CIA’s National Council on Intelligence, advocates using Muslim forces to further US interests in Central Asia. He states, “The policy of guiding the evolution of Islam and of helping them against our adversaries worked marvelously well in Afghanistan against [the Russians]. The same doctrines can still be used to destabilize what remains of Russian power, and especially to counter the Chinese influence in Central Asia.” Later in 1999, investigative journalist Richard Labeviere suggests that Fuller is revealing actual US foreign policy in Central Asia and comments, “the convergence of strategic and economic interests between the American government and Sunni Islam is doing just fine….” (Labeviere 1999, pp. 5-6)

September 11, 2004: Some US Officials Recommend Working with Muslim Brotherhood

Muslim Brotherhood logo. [Source: Muslim Brotherhood]The Washington Post reports that “Some federal agents worry that the Muslim Brotherhood has dangerous links to terrorism. But some US diplomats and intelligence officials believe its influence offers an opportunity for political engagement that could help isolate violent jihadists.” The Post describes the Brotherhood as “a sprawling and secretive society with followers in more than 70 countries.… In some nations—Egypt, Algeria, Syria, Sudan—the Brotherhood has fomented Islamic revolution. In the Palestinian territories, the Brotherhood created… Hamas, which has become known for its suicide bombings of Israelis. Yet it is also a sophisticated and diverse organization that appeals to many Muslims worldwide and sometimes advocates peaceful persuasion, not violent revolt. Some of its supporters went on to help found al-Qaeda, while others launched one of the largest college student groups in the United States.” A top FBI counterterrorism official says, “We see some sort of nexus, direct or indirect, to the Brotherhood, in ongoing [terrorism] cases.” A number of people connected to al-Qaeda, such as Khalid Shaikh Mohammed, Ayman al-Zawahiri, Sheikh Omar Abdul-Rahman, and Mohamed Atta, were members of the Brotherhood. Reportedly, “pockets” of US the government “have quietly advocated that the government reach out to the Brotherhood and its allies.” For instance, Reuel Marc Gerecht, a former CIA officer working with the neoconservative American Enterprise Institute, says, “Bin Laden-ism can only be gutted by fundamentalists.” But former CIA officer Graham Fuller says, “At high levels of the government, there’s no desire to go in the direction of dialogue. It’s still seen as fairly way out.” (Mintz and Fatah 9/11/2004) In 2005, it will be reported that some Muslim Brotherhood leaders created a plan in 1982 to infiltrate the West with the ultimate goal of subverting it and conquering it (see December 1982).

Coinciding with the publication of the first article in a series in Britain’s Sunday Times covering some of her allegations (see Mid-Late 1990s, (1997-2002), 2000-2001, Summer 2000, Summer 2001 and After September 11, 2001), former FBI translator Sibel Edmonds posts a gallery of 18 photos of people and three images of question marks on her website, justacitizen.com (see August 8, 2009). The 21 images are divided into three groups, and the page is titled “State Secrets Privilege Gallery.” No other explanation of the images is given, and the photos include no names or captions. (Sibel Edmonds 1/6/2008) Luke Ryland, a blogger who has been closely following Sibel Edmonds’s case, posts an entry on his blog titled “Sibel ‘names names’ (in pictures!),” in which he puts names to the faces, and says, “we can reasonably presume that they are the 21 guilty people in her case.” Ryland notes that the three groups correspond to the affiliations of the people in the photos: “The first group contains current and former Pentagon and State Department officials”: Richard Perle, Douglas Feith, Eric Edelman, Marc Grossman, Brent Scowcroft, and Larry Franklin. “The second group is current and former congressmen”: Ex-House Speaker Dennis Hastert (R-IL), Roy Blunt (R-MO), Dan Burton (R-IN), Tom Lantos (D-CA), ? (box with question mark), Bob Livingston (R-LA), a former House speaker, and Stephen Solarz (D-NY). “The third group includes people who all appear to work at think tanks—primarily WINEP, the Washington Institute for Near East Policy”: Graham E. Fuller—RAND Corporation, David Makovsky—WINEP, Alan Makovsky—WINEP, ? (box with question mark), ? (box with question mark), Yusuf Turani (president-in-exile, Turkestan), Professor Sabri Sayari (Georgetown, WINEP), and Mehmet Eymur (former head of the Turkish intelligence agency MIT). (Luke Ryland 1/6/2008)