This page can be viewed at http://www.historycommons.org/entity.jsp?entity=greenpeace_1

Greenpeace was a participant or observer in the following events: 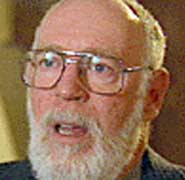 Newly released documents indicate that several FBI investigations have targeted—albeit peripherally—activist groups working on issues such as animal cruelty, environment, and poverty relief. One document reveals an FBI plan to monitor a “Vegan Community Project.” Another document speaks of the Catholic Workers group’s “semi-communistic ideology.” Other groups monitored include PETA (People for the Ethical Treatment of Animals) and Greenpeace. An American Civil Liberties Union (ACLU) official says, “You look at these documents and you think, wow, we have really returned to the days of J. Edgar Hoover, when you see in FBI files that they’re talking about a group like the Catholic Workers league as having a communist ideology.” A Greenpeace official says, “The fact that we’re even mentioned in the FBI files in connection with terrorism is really troubling.” (Lichtblau 12/20/2005)

The press releases a confidential, “sensitive” memo from the American Petroleum Institute (API) detailing a plan to create “Astroturf” rallies at which industry employees posing as ordinary citizens will urge Congress to fight climate change legislation. The memo was obtained by the environmental group Greenpeace and sent to several reporters. It urges oil companies to recruit their employees for events that will “put a human face on the impacts of unsound energy policy,” and will urge senators to “avoid the mistakes embodied in the House climate bill.” The campaign is funded by a coalition of corporate and conservative groups called the “Energy Citizens” alliance, which includes the anti-health care reform group 60 Plus, the industry “grassroots” organization FreedomWorks (see April 14, 2009), Grover Norquist’s Americans For Tax Reform, the American Conservative Union, and the National Taxpayers Union. API president Jack Gerard, who signed the memo, asks recipients to give API “the name of one central coordinator for your company’s involvement in the rallies.” And it warns, “Please treat this information as sensitive… we don’t want critics to know our game plan.” At least two major oil corporations, BP and Shell, are members of API and also belong to the US Climate Action Partnership, which supports the House legislation sponsored by Henry Waxman (D-CA) and Edward Markey (D-MA). API has spent over $3 million lobbying against that bill this year. API spokesman Bill Bush says his organization is not trying to deceive anyone. “I don’t think anyone’s hiding the ball about this,” he says. “I don’t think anyone’s trying to suggest that this doesn’t have anything to do with the oil and gas industry.” Greenpeace has asked API to reveal the member companies funding the Astroturf efforts. Shell Oil Company later informs reporters that it will not take part in the rallies. In a statement, the corporation says, “Shell’s position is not aligned with the consensus opinion of the API on Waxman-Markey, therefore Shell will not participate in the rallies.” (Gerard 8/2009; Roth 8/14/2009)