This page can be viewed at http://www.historycommons.org/entity.jsp?entity=institute_for_advanced_strategic_and_political_studies

Institute for Advanced Strategic and Political Studies was a participant or observer in the following events: 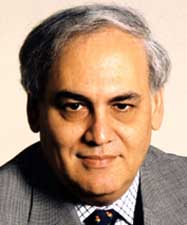 neoconservative Douglas Feith, who will be the prime architect of the Iraq war;

and a number of lesser-known neoconservatives, including James Colbert, Charles Fairbanks, Jr., Jeffrey T. Bergner, Jonathan Torop, and Robert Loewenberg.
Rebuilding Zionism by Abandoning Past Policies - It advocates making a complete break with past policies by adopting a strategy “based on an entirely new intellectual foundation, one that restores strategic initiative and provides the nation the room to engage every possible energy on rebuilding Zionism.…” (Guardian 9/3/2002)
Aggressive, Militant Israeli Policy towards Arab Neighbors - Much along the lines of an earlier paper by Israeli Oded Yinon (see February 1982), the document urges the Israelis to aggressively seek the downfall of their Arab neighbors—especially Syria and Iraq—by exploiting the inherent tensions within and among the Arab States. The first step is to be the removal of Saddam Hussein in Iraq. A war with Iraq will destabilize the entire Middle East, allowing governments in Syria, Iran, Lebanon, and other countries to be replaced. “Israel will not only contain its foes; it will transcend them,” the paper says. (Perle 7/8/1996; Guardian 9/3/2002; Cirincione 3/19/2003) Iraq is first on the list of nations to be transformed. Saddam Hussein must be overthrown, the authors say. But Iraq has long served as a counterweight to the Shi’ite theocracy of Iran; with the two at loggerheads, neither could pose as serious a threat to Israel as it could if not opposed by the other. To counter this, Perle and his co-authors propose restoring the Hashemites (an ancient Arab dynasty; King Faisal I of Iraq was a Hashemite) to power. Instead of the largely Shi’ite Iraqis aligning themselves with their fellow Shi’a in Iran after Hussein’s overthrow, the Hashemite government would align itself with the pro-Western Jordan, long a Hashemite regime. Unfortunately, the authors propose no plan to actually make such an extraordinary regime succession happen, nor do they seem concerned with some Iraqi Shi’ites’ alignment with Islamist terrorists or with many Shi’ites’ close ties to Iran. (Unger 2007, pp. 145-148)
Abandoning Oslo Accords, Militant Palestinian Policy - Other suggestions for Israel include abandoning the Oslo Accords, developing a foreign policy based on a traditional balance of power strategy, reserving its right to invade the West Bank and Gaza Strip as part of a strategy of “self-defense,” abandoning any notion of “land for peace,” reestablishing a policy of preemptive strikes, forging closer ties to the US while taking steps towards self-reliance, and seeking an alternative to Yasser Arafat as leader of the PLO. (Perle 7/8/1996)
'Seeds of a New Vision' - All these questions need not be answered right away, according to co-author Meyrav Wurmser. The document is “the beginning of thought,” she says, “… the seeds of a new vision.”
Similar to American Christian Right's Vision - According to author Craig Unger, the ideology of “ACB” is, in essence, a secularized version of the theology of the American Christian Right. Christian Zionists insist that Jews were ordained by God to reclaim the Biblican land of Judea and Samaria in the West Bank; the paper asserts that claim as well. The paper echoes Christian fundamentalists by demanding “the unconditional acceptance of Arabs of our rights, especially in their territorial dimension.” Perle and his fellow neoconservatives want to push the boundaries even further: the Bible can be interpreted to countenance Jewish dominion over all or parts of Egypt, Syria, Lebanon, Jordan, Iraq, and even Saudi Arabia. Thusly, the authors claim that Israel and the US, by waging war against Iraq, Syria, and Lebanon, would reshape the “strategic environment” in the Middle East and greatly expand Israel’s influence in the region.
Influence in Upcoming Bush Administration - Perle will later become chairman of President Bush’s influential Defense Policy Board and will be instrumental is moving Bush’s US policy toward war with Iraq after the 9/11 attacks, as will Feith and the Wurmsers. (Unger 2007, pp. 145-148) 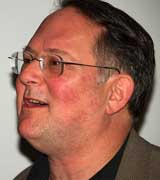 Craig Unger. [Source: David Shankbone/Public Domain]Author and journalist Craig Unger writes that the 1996 Institute for Advanced Strategic and Political Studies policy paper, “A Clean Break: A New Strategy for Securing the Realm” (see July 8, 1996), was “the kernel of a breathtakingly radical vision for a new Middle East. By waging wars against Iraq, Syria, and Lebanon, the paper asserted, Israel and the US could stabilize the region. Later, the neoconservatives argued that this policy could democratize the Middle East.” Unger’s thoughts are echoed by neoconservative Meyrav Wurmser, an Israeli-American policy expert who co-signed the paper with her husband, David Wurmser, now a top Middle East adviser to Vice President Dick Cheney. Mrs. Wurmser (see March 2007) calls the policy paper “the seeds of a new vision.” While many of the paper’s authors eventually became powerful advisers and officials within the Bush administration, and implemented the policies advocated in the paper in the invasion and occupation of Iraq, the paper’s focus on Iran has been somewhat less noticed. Former Israeli prime minister Benjamin Netanyahu, for whom the paper was written, has observed, “The most dangerous of these regimes [Iran, Syria, and Iraq] is Iran.” Unger writes, “Ten years later, ‘A Clean Break’ looks like nothing less than a playbook for US-Israeli foreign policy during the Bush-Cheney era. Many of the initiatives outlined in the paper have been implemented—removing Saddam [Hussein] from power, setting aside the ‘land for peace’ formula to resolve the Israeli-Palestinian conflict, attacking Hezbollah in Lebanon—all with disastrous results.” (Unger 3/2007)