This page can be viewed at http://www.historycommons.org/entity.jsp?entity=j_r_me_kerviel_1

JÃ©rÃ´me Kerviel was a participant or observer in the following events: 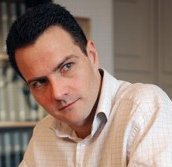 JÃ©rÃ´me Kerviel. [Source: Agence France-Presse]French bank Société Générale supposedly makes “a fortune” through trading, in response to the 9/11 attacks. This is according to rogue trader Jérôme Kerviel, who is employed by the bank between 2000 and 2008. In a 2009 interview with the French newspaper Le Parisien, Kerviel will say: “The best trading day in the history of Société Générale was September 11, 2001. At least, that’s what one of my managers told me.” He will add, “I don’t know how much they made, but apparently the gains were colossal.” Kerviel will not state how the bank makes these gains, but indicates it is through the short-selling of stock. He will continue the interview by saying, “I had a similar experience during the London attacks in July 2005” (see July 7, 2005), and then describe how he’d bet on a fall in the share price of German insurance company Allianz a few days before those attacks. The London bombings will cause the price of Allianz stock to crash, thereby earning Kerviel ”€500,000 in a few minutes.” (Sparks 1/22/2009; Sage 1/23/2009) Société Générale is France’s second largest bank, and one of the largest banks in Europe. (Walsh and Gow 1/24/2008; Clark and Jolly 1/24/2008) At the time of his interview with Le Parisien, Kerviel is alleged to have caused it record losses of almost €5 billion through his rogue dealings. He is under investigation for breach of trust, fabricating documents, and accessing computers illegally. (Sage 1/23/2009)