This page can be viewed at http://www.historycommons.org/entity.jsp?entity=janet_parshall_1

Janet Parshall was a participant or observer in the following events: 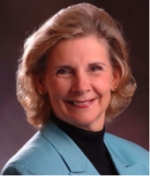 Janet Parshall. [Source: Camera (.org)]The United Nations holds a convention on the status of women around the globe, an event that was last held in 1995 in Beijing, China. The main purpose of the 2005 convention is to review and assess the protocols adopted during the previous one. (United Nations 3/2005) President Bush sends Christian radio host Janet Parshall to represent the US at the convention. Parshall, aside from being a conservative Christian with a talk show, recently hosted what Salon will call a “hagiographic documentary” of Bush entitled “George W. Bush: Faith in the White House.” She has no experience in foreign affairs of any kind. (Goldberg 1/6/2005)