This page can be viewed at http://www.historycommons.org/entity.jsp?entity=jay_heflin_1

Jay Heflin was a participant or observer in the following events: 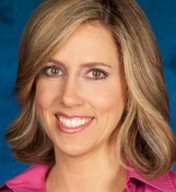 Alisyn Camerota. [Source: Fox News]Several media outlets report discredited Republican claims that the Obama administration’s “cap-and-trade” global warming initiative would cost American taxpayers over $3,000 per year. Fox News anchors Eric Shawn and Alisyn Camerota (see October 13, 2009), CNN producer Ted Barrett, and the Washington, DC, newspaper Roll Call repeat the claim, which originated in a March 23 House Republican Conference (HRC) “talking points” press release. (GOP (.gov) 3/23/2009; Media Matters 4/6/2009) The claim points to a 2007 study by the Massachusetts Institute of Technology, but one of the study’s authors, John Reilly, says the Republicans’ interpretation of it is wrong (see March 24 - April 2, 2009). Reilly says the average household cost of $3,128, as calculated by the HRC, is “nearly 10 times the correct estimate” based on his study’s cap-and-trade model. The HRC’s error is further shown by a March 30 analysis conducted by the St. Petersburg Times. (Adair 3/30/2009; Media Matters 4/6/2009) Both Reilly and the Times show that the average annual cost per household will be closer to $340. On Fox News’s America’s News HQ, Shawn claims “this cap-and-trade, or as the Republicans call it, cap-and-tax—could add $3,000 a year on our electric bills.… [T]hat’s about—$290 or so a month. I mean, imagine the American public, everyone watching right now—all of us—getting an extra 300 bucks or so a month tacked on to our utility bills.” Camerota tells viewers of Fox News’s America’s Newsroom that the cap-and-trade proposal “would be $3,100 per US household.” Roll Call’s Jay Heflin publishes a claim by Senator John Cornyn (R-TX) that “the effort equates to a ‘light switch tax’ of up to $3,128 each year for families” without informing readers of Reilly’s and the Times’s differing analysis. (Media Matters 4/6/2009; Heflin 4/6/2009) Similarly, on CNN’s Political Ticker blog, Barrett repeats a similar claim, writing, “Senate Republican Leader Mitch McConnell praised the Senate for having ‘slammed the door on using the fast-track process to jam through a new national energy tax’ that Republicans say will cost families $3,000 a year in higher energy costs.” (Barrett 4/1/2009; Media Matters 4/6/2009)