This page can be viewed at http://www.historycommons.org/entity.jsp?entity=jean_margaret_craig_1

Jean Margaret Craig was a participant or observer in the following events:

Robert Jay Mathews, the founder and leader of the secretive white-supremacist group The Order (see Late September 1983), has decided the group should murder Denver radio host Alan Berg. Berg, a Jewish liberal with a confrontational style, has frequently sparred with white supremacists and neo-Nazis on the air, and for this reason Mathews has decided he must die. Mathews sends Order member Jean Margaret Craig to Denver to observe Berg’s movements and determine if he is a viable target. Mathews decides that the “hit” on Berg will take place in June. (McClary 12/6/2006) Mathews and three Order members will kill Berg a month later (see June 18, 1984 and After).

June 18, 1984 and After: Jewish Radio Host Murdered by Neo-Nazis 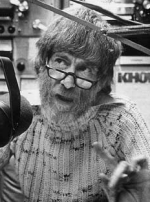 Alan Berg. [Source: Denver Post]Alan Berg, a Jewish, progressive talk show host for Denver’s KOA 850 AM Radio, is gunned down in his driveway as he is stepping out of his car. The murder is carried out by members of the violent white-supremacist group The Order (see Late September 1983), a splinter group of the Aryan Nations white nationalist movement. Berg, who was described as often harsh and abrasive, regularly confronted right-wing and militia members on his show. Federal investigators learn that The Order’s “hit list” includes Berg, television producer Norman Lear, a Kansas federal judge, and Morris Dees, a civil rights lawyer and co-founder of the Southern Poverty Law Center (SPLC). Radio producer Anath White later says that some of Berg’s last shows were particularly rancorous, involving confrontational exchanges with anti-Semitic members of the Christian Identity movement (see 1960s and After). “That got him on the list and got him moved up the list to be assassinated,” White will say. (McClary 12/6/2006; Flynn 5/1/2007; Denver Post 6/18/2009)
Preparing for the Murder - Order leader Robert Jay Mathews had already sent a colleague to Denver to determine if Berg was a viable target (see May 17, 1984). The four members of the assassination team—Mathews, Bruce Pierce, David Lane, and Richard Scutari—assemble at a local Motel 6 to review their plans. Pierce, the assassin, has brought a .45 caliber Ingram MAC-10 submachine gun for the job. All four men begin to surveill Berg’s townhouse.
Gunned Down - At 9:21 p.m., Berg drives his Volkswagen Beetle into his driveway. Lane, the driver, pulls up behind him. Mathews leaps out of the car and opens the rear door for Pierce, who jumps out and runs up the driveway. Berg exits his vehicle with a bag of groceries. Pierce immediately opens fire with his submachine gun, pumping either 12 or 13 bullets into Berg’s face and body before the gun jams. (Sources claim both figures of bullet wounds in Berg as accurate.) Pierce and Mathews get back into their car, rush back to the Motel 6, gather their belongings, and leave town. Three of the four members of the “hit squad” will soon be apprehended, charged, and convicted. Pierce is sentenced to 252 years in prison, including time for non-related robberies, and will die in prison in 2010; Lane is given 150 years, and will die in prison in 2007. Neither man is prosecuted for murder, as the evidence will be determined to be inconclusive; rather, they will be charged with violating Berg’s civil rights. Scutari, accused of serving as a lookout for Pierce, and Jean Craig, accused of collecting information on Berg for the murder, will both be acquitted of culpability in the case, but will be convicted of other unrelated crimes. Mathews will not be charged due to lack of evidence of his participation; months later, he will die in a confrontation with law enforcement officials (see December 8, 1984). (Flynn 5/1/2007; Denver Post 6/18/2009; Pankratz 8/17/2010) In sentencing Pierce to prison, Judge Richard Matsch will say of the murder, “The man [Berg] was killed for who he was, what he believed in, and what he said and did, and that crime strikes at the very core of the Constitution.” (Pankratz 8/17/2010)
Re-Enacting a Fictional Murder? - Some will come to believe that the assassins may have attempted to re-enact the fictional murder of a Jewish talk-show host depicted in The Turner Diaries (see 1978). (Flynn 5/1/2007; Estes 11/30/2007)
'Opening Shot ... of a Truly Revolutionary Radical Right' - Mark Potok of the SPLC will characterize Berg’s murder as an early event leading to the 1995 Oklahoma City bombing (see 8:35 a.m. - 9:02 a.m. April 19, 1995). “In a sense, it was one of the opening shots of a truly revolutionary radical right,” Potok will say, “perfectly willing to countenance the mass murder of American civilians for their cause.” (Denver Post 6/18/2009) Berg’s ex-wife, Judith Berg, will travel around the country in the years after her ex-husband’s murder, speaking about what she calls the “disease and anatomy of hate,” a sickness that can infect people so strongly that they commit horrible crimes. In 2007, she will tell a reporter that Berg’s murder was a watershed event that inspired more hate-movement violence. “What happened to Alan in the grown-up world has reached into the youth culture,” she will say. “It opened the door to an acceptance of violence as a means of acting on hate.… While our backs are turned toward overseas, hate groups are having a heyday. People are very unhappy; they’re out of work and jobs are scarce. They’re ripe for joining extremist groups. We need to understand what happened to make sure it doesn’t happen again.” (Flynn 5/1/2007) White later says of Pierce, Lane, and their fellows: “It’s left me to wonder what makes somebody like this. I think these people didn’t have much opportunity in their lives and scapegoat. They blame others for not making it.” (Pankratz 8/17/2010)