This page can be viewed at http://www.historycommons.org/entity.jsp?entity=john_abraham_1

John Abraham was a participant or observer in the following events: 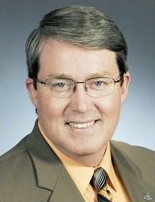 Michael Beard. [Source: MinnPost]Michael Beard, a Republican state representative from Minnesota and an eight-year veteran of the Minnesota House Environment, Energy and Natural Resources Policy and Finance Committee, advocates resuming coal mining in his state. His reasoning: God has created a planet that provides unlimited natural resources. “God is not capricious. He’s given us a creation that is dynamically stable,” he tells a reporter. “We are not going to run out of anything.” Beard is drafting legislation that would overturn Minnesota’s moratorium on coal-fired power plants. He says that God will not allow humans to destroy the planet, no matter what they do. He recalls working on his family farm in Pennsylvania, which he says was mined three times for coal and now produces barley, wheat, and pine trees. “Did we temporarily disrupt the face of the earth? Yes, but when we were done, we put it all back together again.” He continues: “It is the height of hubris to think we could [destroy the earth].… How did Hiroshima and Nagasaki work out?” he asks, referring to the two Japanese cities destroyed by atomic bombs in World War II. “We destroyed that, but here we are, 60 years later and they are tremendously effective and livable cities. Yes, it was pretty horrible. But, can we recover? Of course we can.” Beard’s thesis is at odds with most climate scientists, who say that burning coal results in severe and perhaps irreparable harm to the planet, and contributes to widespread human suffering. According to columnist Dan Shelby, “Most of them are convinced that there is a point at which we will never be able to put it all back together again.” John Abraham, a professor of thermal sciences, writes a response to Beard’s statements noting the flaws in Beard’s reasoning. Beard tells Shelby that he reads a lot about science, and cites a number of conservative blogs as his sources. His primary source is Dr. Patrick Michaels, who has admitted that he receives the bulk of his funding for research from fossil fuel producers. Shelby writes: “It is understandable. Mike Beard is a free-market conservative and pro-business. No one who calls himself those things can afford global warming to be true. There is a political belief that solving global warming will destroy American business. American business deplores government interference. Global warming regulation and legislation requires governments to act.” Both Abraham and Beard have expressed a desire to open a dialogue on the subject. (Shelby 2/15/2011; Wing 2/16/2011)