This page can be viewed at http://www.historycommons.org/entity.jsp?entity=joseph_ileto_1

Joseph Ileto was a participant or observer in the following events: 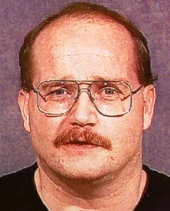 Buford Furrow. [Source: Eye on Hate (.com)]Buford O’Neal Furrow, a security guard and member of the white supremacist Aryan Nations organization (see Early 1970s), attacks a day care center at the North Valley Jewish Community Center in Los Angeles. Apparently to avoid capture, Furrow leaves his van behind and hijacks a car to drive to the center. Upon entering, he opens fire with an Uzi submachine gun, wounding three children, a counselor, and a receptionist. Investigators will determine that Furrow fires 70 shots. Furrow flees the scene and shortly thereafter encounters letter carrier Joseph Ileto, a Filipini-American. Furrow approaches Ileto and asks him if he can post a letter for him. As Ileto reaches for the piece of mail, Furrow pulls a Glock 9mm pistol and shoots him twice. Ileto attempts to get away, but Furrow pumps seven more bullets into his back. Ileto dies at the scene. Furrow will surrender the next day in Las Vegas, where he has fled the manhunt by state and local officials. He later tells investigators that the shootings are a “wake-up call” to Jews and white supremacist groups, and that he considered Ileto a good target because he was non-white and worked for the government. Police find a book in Furrow’s van extolling the virtues of the “Christian Identity” movement (see 1960s and After). Some will speculate that Furrow was acting as a “Phineas Priest” (see [1990), Christian Identity members who believe God has called them to carry out violent attacks. The book details how to become a “Phineas Priest,” and gives examples of successful actions, including the murder of radio show host Alan Berg (see June 18, 1984 and After). To avoid the death penalty, Furrow will plead guilty and be sentenced to two life sentences without parole, plus 110 years in prison and $690,294 in restitution. The judge will tell him, “Your actions were a reminder that bigotry is alive.” Referring to the support the center victims receive after the shootings, the judge concludes, “If you’ve sent a message, it is that even the most violent crimes can strengthen a community.” (CNN 1/24/2001; Eye on Hate 2003; Seattle Post-Intelligencer 2010) Investigators will later learn that Furrow may be mentally unstable, and that he was frequently in short-term state psychiatric facilities, where he often expressed his desire to maim and kill. To questions that Furrow should have been involuntarily committed before the community center shootings, psychiatry professor Renee Binder will say: “What does society do with these people? Most people would say that being a racist with violent fantasies is not against the law. Racism is not something that is designated as an illness that can be treated by mental health professionals.” And Seattle official Ron Sims says: “The problem I have is that people are trying to build a case that this killing was done because the man was insane. What he did was cowardly, repulsive, and a very irrational act. But mental illness was not the cause. Hatred was. This guy came out of a culture of hatred.” (Egan 8/14/1999)