This page can be viewed at http://www.historycommons.org/entity.jsp?entity=lesley_stahl_1

Lesley Stahl was a participant or observer in the following events: 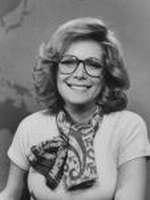 Lesley Stahl. [Source: John Neubauer / Getty Images]Judge John Sirica, presiding over the Watergate trial of former Nixon aide John Ehrlichman, subpoenas former President Nixon to appear as a witness on behalf of Ehrlichman. Ehrlichman has heard the tapes the prosecution intends to use against him, and, already convicted of conspiracy and lying about his involvement in the Ellsberg break-in (see September 9, 1971), knows he needs a powerful defense to avoid more jail time. He demanded that Watergate special prosecutor Leon Jaworski hand over the White House files on Ehrlichman for his defense. But Jaworski instead gave Ehrlichman an affidavit from Nixon’s former White House lawyer Fred Buzhardt, who affirmed that nothing in those ten million documents would help Ehrlichman in his defense. Days later, Buzhardt suffered a heart attack, rendering it impossible for Ehrlichman to challenge his affirmation. Ehrlichman hopes that the subpoena will muddy the legal waters by provoking a confrontation between Nixon’s lawyers and Jaworski’s. CBS reporter Lesley Stahl informs her viewers, incorrectly, that it seems Jaworski “has indicted Mr. Nixon.” (Werth 2006, pp. 84-88)