This page can be viewed at http://www.historycommons.org/entity.jsp?entity=lois_roden_1

Lois Roden was a participant or observer in the following events:

November 3, 1987 and After: ’Loner’ David Koresh Takes Over Leadership of Waco Branch Davidians in Violent Coup 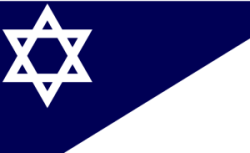 The flag of the Branch Davidians. [Source: Wikimedia]Vernon Wayne Howell, a Texas musician and a member of the Branch Davidian sect of Seventh-day Adventists, forcibly installs himself as the leader of the Branch Davidian sect near Waco, Texas. Howell is a self-described loner and dyslexic who dropped out of high school, but taught himself the Bible, memorizing most of it by age 12. He was expelled from the Church of Seventh-day Adventists in 1979 for being a bad influence on the church’s young people, and in 1981 joined the Waco group of Branch Davidians in its 77-acre compound, “Mount Carmel,” on the outskirts of the city. Howell had an affair with the leader of the group, self-described prophetess Lois Roden, some 30 years older than himself.
Power Struggle - After Roden died, Howell began a lengthy struggle for control of the group with Roden’s son George Roden. In late 1987, Roden digs up the body of a member, Anna Hughes, and issues a challenge to Howell: the one who could raise her from the dead is the one to lead the community. Instead, Howell asks the local authorities to charge Roden with abusing a corpse. On November 3, Howell returns to the Mt. Carmel compound with seven male followers, all dressed in camouflage and bearing assault rifles, hunting rifles, shotguns, and ammunition. The two groups engage in a gunfight; during the exchange, Roden is shot in the chest and hands. Howell and his followers will be tried for attempted murder, but the others will be acquitted and Howell’s trial will end in a mistrial. In 1989, Roden will try to murder a man with an axe, and will be committed to a mental instutition for the rest of his life. By 1990, Howell will have established himself as the leader of the Waco Branch Davidians, and will legally change his name to David Koresh, explaining that he believes he is now the head of the Biblical House of David. Koresh is a Hebrew translation of “Cyrus,” the Persian king who allowed the Jews held captive in Babylon to return to Israel. (Applebome 3/1/1993; England and McCormick 3/3/1993; Dean M. Kelley 5/1995; PBS Frontline 10/1995)
Adventists Join Koresh at Waco Compound - Seventh-day Adventists and others from around the world will journey to Waco to join the Davidians, who all told number somewhere around 75. According to a multi-part series by the Waco Tribune-Herald based on the recollections and observations of former members (see February 27 - March 3, 1993), the Davidians gather at the compound to “await the end of the world.” The members believe that Koresh alone can open the so-called “Seven Seals” of Biblical prophecy, which will trigger the Apocalypse, destroy the world as we know it, and propel Koresh and his followers into heaven. The compound is heavily armed. (England and McCormick 3/3/1993) Most of the Davidians live communally in an L-shaped compound of beige buildings. A few of the more elderly members live in a trailer four miles from the main compound. The trailer has more amenities than the main building, which lacks central heating and indoor plumbing. The men live separately from the women and children. Members rise early, breakfasting together in a large cafeteria and then going to work. Some of the men have jobs in the Waco area, and many stay, working on what sect member Paul Fatta will describe as a three-year renovation of the compound but what law enforcement officials say is a network of tunnels and bunkers. The children are home-schooled by the women. (Hinds 3/6/1993)
Former Member: Koresh Brought Apocalyptic Mindset, Violence to Group - According to Davidian David Bunds, who will later leave the group, Koresh, or Howells as he is known, was something of a destabilizing factor from the time of his arrival. Bunds will later say: “We were a very reserved, very conservative group. There were no emotional displays. Then along came Vernon Howell. I remember my father said one day, ‘Well, that guy sounds like he’s going to end up saying he’s a prophet the way he’s acting.’” Bunds will later say that while he was enthralled for a time by Koresh’s personality and his apocalyptic preaching, he became increasingly disturbed at his insistence on having multiple “wives,” his stockpiling of more and more weapons, and the increasingly violent methods of “discipline” being meted out to “disobedient” children and adults alike (adults, Bunds and other “defectors” will later say, are physically beaten by Koresh’s cadre of militantly loyal “Mighty Men”). Bunds will be forced out of the group after questioning Koresh’s Biblical interpretations, and for taking a sect member as his wife against Koresh’s wishes. (Conway and Siegelman 1995, pp. 244-246)
Federal Raid, Siege - The Waco Branch Davidians will kill four federal agents attempting to arrest Koresh on gun and sexual abuse charges (see 5:00 A.M. - 9:30 A.M. February 28, 1993); most of them, including Koresh, will die in a fiery conflagration after a 51-day standoff (see April 19, 1993). After the February 1993 raid, Waco Chamber of Commerce president Jack Stewart will say: “The sad part about this group is that it has evolved from the peaceful, pastoral group that it started as in the 1930s. Only since this most recent leader have they begun to acquire some of the weaponry and attitudes that they have.” (Applebome 3/1/1993)