This page can be viewed at http://www.historycommons.org/entity.jsp?entity=manhattan_institute_1

Manhattan Institute was a participant or observer in the following events: 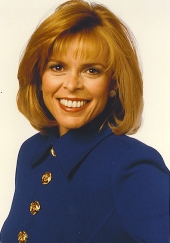 Betsy McCaughey. [Source: Newsday / Gawker (.com)]Elizabeth “Betsy” McCaughey (R-NY), a lawyer and future lieutenant governor of New York, writes a scathing analysis of the Clinton administration’s health care reform plan. The article, “No Exit,” is published in the New Republic, and sparks not only a detailed rebuttal from the Clinton administration, but numerous editorials and responses praising the article and joining in the attack. Echoing McCaughey’s arguments, Newsweek writes, “The plan would reduce the quantity and quality of health care and medical technologies by vastly expanding government’s coercive role.” McCaughey and Newsweek question the proposed creation of a seven-member “National Health Board” which will, she claims, “guess the nation’s health care needs and decree how much the nation may spend meeting them.” According to Newsweek: “Everyone would be locked into one system of low-budget health plans picked by the government. Fifteen presidential appointees, the National Quality Management Council, not you and your doctor, would define the ‘medically necessary’ and ‘appropriate’ care a doctor could give you. Escaping government control to choose your doctor or buy other care would be virtually impossible. Doctors could be paid only by the government-approved plans, at rates set by the government. It would be illegal for doctors to accept money directly from patients, and there would be 15-year jail terms for people driven to bribery for care they feel they need but the government does not deem ‘necessary.’ Government would define a minimum level of care and herd people in particular regions into dependence on the lowest-cost organization able to deliver that level. Doctors would be driven into organizations in which they would be punished financially for giving more treatment than the organizations’ budget targets permit. The primary care physician assigned to you would be, McCaughey notes, a gatekeeper with an incentive to limit your access to specialists and high-tech medicine. The premise of the Clintons’ plan is not just that government knows best, but that government knows everything relevant, including how many specialists there should be no more than 45 percent of all doctors [sic]. McCaughey says many medical students will be told that the specialties they prefer are closed, or closed to them because they are not the right race or ethnicity. Yes, the plan subordinates medical values to ‘diversity.’” Prescription drug prices would be controlled through the Department of Health and Human Services, and, McCaughey and Newsweek claim, would “certainly suppress research” that might benefit patients of incurable diseases and disorders. (Newsweek 2/7/1994)
Refuting McCaughey - The Clinton administration details the “numerous factual inaccuracies and misleading statements” contained in McCaughey’s article. The administration’s response says that doctors and patients, not “government bureaucrats” or a board of governors, will decide what treatments are “necessary and appropriate.” The government will not decide what treatments are, and are not, provided: “If anything, the ‘necessary and appropriate’ care provision in the bill delegates authority to the medical profession—rather than imposing further government bureaucracy between the patient and the doctor.” The plan will not block Americans from opting into private health care plans just as they do now, nor will it block doctors and hospitals from accepting payments from “non-approved” health care plans. Nor does the plan require doctors and hospitals “to report your visit to a national data bank containing the medical histories of all Americans,” as McCaughey writes. And the so-called “National Health Board” will not “decide how much the nation can spend on health care beginning in 1996,” as McCaughey claims. The plan will not seek to reduce quality of care in the interest of saving money, and it does not contain price controls. (White House 1/31/1994) A year later, author and columnist James Fallows will call the article “a triumph of misinformation,” and refutes McCaughey’s (and others’) claims point by point. (Fallows 1/1995)
Instrumental in Derailing Reform - The article will later be cited by House Speaker Newt Gingrich (R-GA) as “the first decisive breaking point” in the plan’s initial support; the plan will never be implemented. The article itself will spark tremendous controversy, winning the National Magazine Award while being attacked for being fundamentally inaccurate. (In 2006, the new editor of the New Republic, Franklin Foer, will apologize for his magazine having run the article.) In 2009 McCaughey will be a fellow at the conservative Manhattan Institute and will soon join the equally conservative Hudson Institute. Both are heavily funded by health care corporations. (Sarlin 5/15/2009)