This page can be viewed at http://www.historycommons.org/entity.jsp?entity=national_association_for_the_advancement_of_conservative_people_of_color_1

Profile: National Association for the Advancement of Conservative People of Color (NAACPC)

National Association for the Advancement of Conservative People of Color (NAACPC) was a participant or observer in the following events: 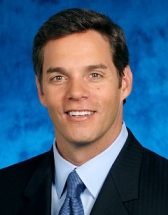 Bill Hemmer. [Source: New York Daily News]Fox News anchor Bill Hemmer, host of Fox News’s flagship news program America’s Newsroom, hosts several segments touting the April 15 “tea party” protests (see April 8, 2009 and April 15, 2009). Hemmer notes protests in Florida and Ohio that occurred in recent days, and directs viewers to the Web site for America’s Newsroom for more information. He says: “Protesters, well, they waved flags and signs and with slogans like ‘Repeal the Pork’ and ‘Our Bacon is Cooked.’ I say, our bacon is cooked. They’re popping up literally all across the country now.… If you go to our Web site, you will find a growing list of these events, hundreds of photos, and a new tea party anthem that you will hear from the man who wrote it and recorded it next hour. And there’s a list of the nationwide Tax Day tea party events coming up on the 15th of April, which will be a huge deal for those organizations. So check it out online right now” (see October 13, 2009). The song is by Lloyd Marcus of the National Association for the Advancement of Conservative People of Color, who has been on what he tells Hemmer was “a 40-city ‘Stop Obama’ tour.” Marcus’s song is extremely critical of President Obama’s policies and supportive of the “tea parties.” The lyrics are posted on FoxNews.com. (Media Matters 4/8/2009)