This page can be viewed at http://www.historycommons.org/entity.jsp?entity=norma_mccorvey_1

Norma McCorvey was a participant or observer in the following events:

Norma McCorvey, better known as “Jane Roe” in the landmark Supreme Court case Roe v. Wade that made abortions legal throughout the US (see January 22, 1973), has her house and car damaged by shotgun fire early in the morning. McCorvey, a pro-choice activist, goes into hiding. Neither pro-choice nor anti-abortion groups take credit for the shooting, but spokespersons from both sides of the debate say the shooting is symbolic of a dangerously intensifying battle over abortion rights. McCorvey publicly acknowledged her identity as the Roe plaintiff last year. (Associated Press 4/6/1989) 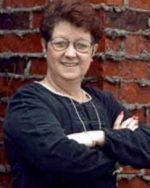 Norma McCorvey. [Source: Famous Why (.com)]Norma McCorvey, who under the pseudonym “Jane Roe” successfully mounted a challenge to the federal government’s ban on abortion that resulted in the 1973 Roe v. Wade decision (see January 22, 1973), has recanted her support for most abortions, according to the anti-abortion organization Operation Rescue (OR—see 1986). McCorvey has quit her job at a women’s medical clinic and joined the group, OR officials say. Her switch is apparently triggered by her recent baptism by OR leader Reverend Flip Benham. According to news reports, the organization “regards as a coup McCorvey’s defection after years as a symbol of a woman’s right to abortion.” Bill Price of Texans United for Life says, “The poster child has jumped off the poster.” McCorvey still supports the right to abortions in the first three months of pregnancy, a position fundamentally at odds with Operation Rescue doctrine. McCorvey also acknowledges that she is a lesbian and that she is uncomfortable with many aspects of conservative Christian life. (Newport News Daily Press 8/18/1995; Waldman and Carroll 8/21/1995)