This page can be viewed at http://www.historycommons.org/entity.jsp?entity=patricia_rudolph_1

Patricia Rudolph was a participant or observer in the following events: 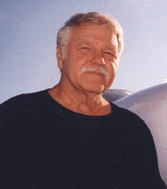 James ‘Bo’ Gritz. [Source: Hyde Park Media]Militia leader and former Green Beret James “Bo” Gritz arrives in Andrews, North Carolina, from his camp in Idaho. Gritz, now a right-wing talk show host and vehement anti-abortion advocate, says that he and his fellow militia members have been asked by the FBI to help find fugitive Eric Rudolph, who is in hiding from the FBI (see July 1998) after bombing abortion clinics, a gay and lesbian nightclub, and the 1996 Olympics (see January 29, 1998 and October 14, 1998), and persuade him to surrender; Gritz tells reporters that the alternative for Rudolph is a “bullet in the neck” from the FBI or police officers. Gritz says he believes Rudolph may have a shortwave radio and is listening to his broadcasts. Gritz is a leader in the Christian Patriot movement and was the 1992 presidential candidate of the far-right Populist Party. In 1992, he helped the FBI negotiate an end to the armed standoff in Ruby Ridge, Idaho. Gritz and some 100 fellow militia members and area volunteers spend a week in Andrews. The plan, according to author Maryanne Vollyers, is for Gritz to solicit the help of Rudolph’s mother Patricia, persuade Rudolph to come out of hiding, and protect him with lawyers and bodyguards through his legal processing. In return, Gritz will claim the $1 million reward being offered for Rudolph’s capture by the FBI. However, Patricia Rudolph refuses to cooperate with Gritz. A week after their arrival, Gritz and his followers give up trying to find Rudolph. (CNN 7/31/1998; CNN 5/31/2003; Vollyers 2006, pp. 166-167) Later, Gritz will tell Vollyers that his purpose in trying to find Rudolph was to turn him into a “Christian Patriot icon,” whom he could use to advocate against abortion and homosexuality. Gritz views Rudolph as a potential “champion” for their shared right-wing views. Gritz will say that he believes Rudolph could win an acquittal through “jury nullification,” and will tell Vollyers: “I thought, boy, what an impact if a jury was to turn Eric Rudolph loose. Every abortion doctor in this country would have to grab his anus and head for wherever he could hide.” (Vollyers 2006, pp. 166-167)