This page can be viewed at http://www.historycommons.org/entity.jsp?entity=roger_evans_1

Roger Evans was a participant or observer in the following events: 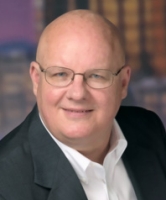 Mark Crutcher. [Source: Life Dynamics]Members of the anti-abortion organization Life Dynamics call Planned Parenthood clinics in 49 states, pretending to be teenaged girls pregnant by older men, and use the clinics’ promises of confidentiality to accuse them of covering up sexual abuse. The group secretly records telephone conversations with some 800 receptionists and staff members, and then uses selectively edited snippets of the taped conversations in a national publicity campaign against Planned Parenthood. The intent of the organization is to discredit Planned Parenthood and other abortion providers, and to encourage lawsuits against them, according to information published on the organization’s Web site. Life Dynamics, based in Denton, Texas, claims that the tapes are “evidence” that Planned Parenthood and other women’s clinics are complicit in child sex abuse. The organization’s founder, Mark Crutcher, releases a report called “Child Predators,” which is picked up by, among other news outlets, Newsday and Fox News. The organization’s evidence fails to hold up under scrutiny by law enforcement officials and media outlets, and pro-choice attorneys and advocates raise questions about the legality of Life Dynamics’s tactics. The organization bills itself as a “political marketing agency” whose stated goal is to prevent women from obtaining abortions, even if they are legally entitled to them. Crutcher and the group have previously attempted to claim that abortions cause breast cancer, and that Planned Parenthood trafficked in human body parts; both claims have been solidly debunked. Roger Evans of Planned Parenthood notes: “No one has an obligation to report or to conduct an inquisition based on a phone call, because you have no idea who is on the other end and what the truth is. And in this case, [the] Life Dynamics hoax caller was scrupulously careful not to give a name.” He goes on to say that law enforcement officials who have investigated the Life Dynamics charges “have been satisfied that people are conscientiously complying with the law as it’s written, and that people are reporting when kids are in danger.” Life Dynamics denies that its covert recording of the conversations is a violation of any state or federal laws (though 13 states targeted by the organization have anti-wiretapping laws), and is working diligently to spread its story throughout the press, starting with right-wing advocacy groups. The magazine Citizen, published by James Dobson’s Christian group Focus on the Family, says in a cover story that the tapes will “bring down Planned Parenthood.” And Neal Horsley’s far-right Nuremberg Files Web site features a story by Massachusetts attorney Greg Hession that outlines a strategy for “pro-life attorneys” to pursue in filing criminal and civil charges against Planned Parenthood. (Clarkson 11/10/2002) (Horsley is an acknowledged advocate for the murder of abortion providers—see January 1997.) (Feminist Women's Health Center News 2010) Evans says that if Life Dynamics achieves its stated objective of forcing medical providers to report all instances of teenagers’ sexual activity, “The system would be deluged,” and, in the absence of confidentiality, he predicts “teenagers would stop coming in.” (Clarkson 11/10/2002)