This page can be viewed at http://www.historycommons.org/entity.jsp?entity=royce_lambeth_1

Royce Lambeth was a participant or observer in the following events: 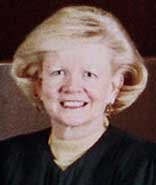 FISC Presiding Judge Colleen Kollar-Kotelly. [Source: Washington Post]James Baker, counsel for intelligence policy in the Justice Department’s Office of Intelligence Policy and Review (no relation to the former Secretary of State James A. Baker), informs the Foreign Intelligence Surveillance Court (FISC) that the government has, at least twice, improperly used excluded evidence from NSA domestic wiretaps to obtain warrants from FISC. Colleen Kollar-Kotelly, the senior FISC judge, is angered by this as both she and her predecessor, Royce Lambeth, have insisted that no evidence obtained from warrantless wiretaps can be used to obtain warrants for further surveillance from FISC. The Justice Department assured them that the administration would never attempt to secure warrants in such a manner. By using the excluded information, the Justice Department rendered useless the federal screening system put in place to keep such evidence from reaching FISC, which did not want to receive it due to the questionable legality of the domestic surveillance program (see December 15, 2005). Kollar-Kotelly’s complaint about the use of tainted evidence results in a brief suspension of the NSA wiretapping program. But the practice will continue (see 2005). (Leonnig 2/9/2006)

Judge Colleen Kollar-Kotelly, the presiding judge over the Foreign Intelligence Surveillance Court (FISC), warns the Justice Department that if it does not stop using evidence collected with warrantless wiretaps to obtain warrants to continue surveillance, her court will be more reluctant to grant warrants for surveillance. Kollar-Kotelly has complained about this before (see 2004). Though both Kollar-Kotelly and her predecessor, Judge Royce Lambeth, express concerns to senior officials that Bush’s warrantless wiretapping program is inherently unconstitutional, neither judge feels that they have the authority to rule on the president’s power to order such surveillance. Instead, they work to preserve the integrity of the FISA process. Eventually, the judges reach a compromise with government lawyers: any case using evidence from warrantless wiretaps that is to be presented to the judges for FISA warrants to continue monitoring the same suspects will be “tagged,” and that evidence will not be used to obtain warrants. Those cases, numbering less than ten a year, are to be presented only to the presiding judge. Lambeth and Kollar-Kotelly both feel that the process will work primarily because of the trust they have developed in James Baker, the Justice Department’s liaison to FISC. Part of the problem stems from contradictory statements and claims from the administration; after the wiretapping program began (see After September 11, 2001, NSA chief Michael Hayden and then-Attorney General John Ashcroft made it clear in private meetings with the judges that President Bush wanted to gain all possible information on any potential terrorist attacks, and that such information-gathering must by necessity go beyond the FISA court’s probable-cause requirement. But more recent assertions by Hayden and Ashcroft’s successor, Alberto Gonzales (see December 19, 2005, claiming that NSA analysts do not listen to domestic calls unless they already have some evidence that one of the parties to the call has links to terrorism, contradict earlier administration claims to the judges. Kollar-Kotelly suspects that the entire truth of the matter is not being presented to her and the FISC. Her suspicions are validated when her court is, in spite of administration reassurances, again presented with warrant applications based on illegally obtained evidence (see Late 2005). (Leonnig 2/9/2006)

Judge James Robertson. [Source: US Courts.gov]US District Judge James Robertson resigns from the Foreign Intelligence Surveillance Court (FISC), a special, secret court set up to oversee government surveillance operations. Robertson refuses to comment on his resignation from FISC, but two of Robertson’s associates say that Robertson’s resignation stems from his deep concerns that the NSA’s warrantless domestic wiretapping program (see Early 2002) is not legal, and has tainted the work of the court. Robertson, formerly one of ten “revolving” members of FISC who periodically rotate in and out of duty on the court, continues to serve as a Washington, DC district judge. Colleagues of Robertson say that he is concerned that information gained from the warrantless surveillance under Bush’s program subsequently could have been used to obtain warrants under the FISA program, a practice specifically prohibited by the court. Robertson, a Clinton appointee selected for FISC by Chief Justice William Rehnquist, has also been critical of the Bush administration’s treatment of detainees at the Guantanamo Bay prison camp, and recently issued a decision that sidetracked Bush’s use of military tribunals for some Guantanamo detainees (see November 8, 2004). Even though Robertson was hand-picked for FISC by the deeply conservative Rehnquist, who expressly selected judges who took an expansive view of wiretapping and other surveillance programs, (Holland 12/21/2005) some conservative critics such as Jim Kouri, a vice-president of the National Association of Chiefs of Police, call Robertson a “left-leaning, liberal” “Clintonista” jurist with ties to “ultra-liberal” civil rights associations and a desire for media attention (though Robertson has refused to speak to the press about his resignation). Critics also demand that less attention be directed at the NSA wiretapping program and more on finding out who leaked the information that led to the New York Times’s recent revelatory articles on the program (see Early 2002). GOP strategist Mike Baker says in response to Robertson’s resignation, “Only the Democrats make confirmations and appointments of people by Republican President [sic] a question of ideology. The news media try to portray [Robertson] as non-partisan. He’s as liberal as they come and as partisan as they come.” (Kouri 12/23/2005) Presiding judge Colleen Kollar-Kotelly is arranging for a classified briefing of all the remaining FISC judges on the wiretapping program, partly in order to bring any doubts harbored by other justices into the open. Sources say Kollar-Kotelly expects top NSA and Justice Department officials to outline the program for the judges. No one on FISC except for Kollar-Kotelly and her predecessor, Judge Royce Lambeth, have ever been briefed on the program. If the judges are not satisfied with the information provided in this briefing, they could take action, which could include anything from demanding proof from the Justice Department that previous wiretaps were not tainted, could refuse to issue warrants based on secretly-obtained evidence, or, conceivably, could disband the entire court, especially in light of Bush’s recent suggestions that he has the power to bypass the court if he so desires. (Leonnig and Linzer 12/22/2005)

The US government’s Nixon Presidential Library begins making the grand jury testimony of former President Richard Nixon available to the public. In June 1975, Nixon testified about his involvement in the Watergate scandal after his resignation (see August 8, 1974) to a California grand jury. Although he was protected by the pardon granted him by his successor, Gerald Ford (see September 8, 1974), he could have been charged with perjury if he lied under oath. No such charges were filed against Nixon. Judge Royce Lambeth ordered the testimony made public in July 2011 over the opposition of the Obama administration, which argued that too many people from the Nixon administration were still alive for secret testimony involving them to be made public. Lambeth wrote, “The court is confident that disclosure will greatly benefit the public and its understanding of Watergate without compromising the tradition and objectives of grand jury secrecy.” The records are available at the California home of the library and online. Historian Stanley Kutler, who was one of the principal figures involved in the lawsuit to bring the testimony to light, says, “This is Nixon unplugged.” However, he adds: “I have no illusions. Richard Nixon knew how to dodge questions with the best of them. I am sure that he danced, skipped, around a number of things.” Nixon’s testimony, conducted for 11 hours over two days, was the first time an ex-president ever testified before a grand jury. The library is also releasing thousands of pages of other Watergate-era documents, several oral histories from that time, and 45 minutes of recordings made by Nixon with a dictating machine. Some portions of the Nixon grand jury testimony have not yet been made public, due to the fact that they deal with people still alive. Some or all of that information may be made public at a future date. Kutler says it is doubtful the public will learn much more about Watergate from the new records: “The grand jury after that testimony had a chance to sit and indict but they did not, so I don’t expect it to be that important.” He adds that the opening of grand jury records is a milestone by itself, “another precedent for opening up secretiveness in public life.” (Woodward and Benac 11/10/2011) After initially reviewing the transcripts, Kutner says: “It’s Nixon being Nixon. It’s a virtuoso performance. How about $10 for every time he says, ‘I don’t recall’?” (Daily Mail 11/11/2011) According to reporters who review the transcripts, Nixon spent much of his time before the grand jury defending his legacy as president and denying first-hand knowledge of any of the activities that made up the Watergate scandal, but acknowledging his administration committed some questionable acts. “I want the jury and the special prosecutors to kick the hell out of us for wiretapping and for the plumbers and the rest,” he said, “because obviously, you may have concluded it is wrong.” (Woodward and Benac 11/11/2011) Nixon reiterated the story that his secretary Rose Mary Woods accidentally erased 18 1/2 minutes of an audiotape that might have shown his complicity in the Watergate conspiracy (see November 21, 1973), saying: “Rose had thought it was four minutes, or something like that. Now the counsel have found that it is 18-and-a-half minutes, and I practically blew my stack.… If you are interested in my view as to what happened, it is very simple. It is that it was an accident.” Nixon was harsh with the Watergate prosecutors, accusing them of persecuting him and employing what he called double standards against him as opposed to his Democratic adversaries. “If I could give one last bit of advice,” he told the prosecutors, “taking the double standard is going to make you much more popular with the Washington press corps, with the Georgetown social set, if you ever go to Georgetown, with the power elite in this country. But on the other hand, think of your children—they are going to judge you in the pages of history.… I mean, I am not unaware of the fact that the great majority of the people working in special prosecutor’s office did not support me for president.” (Daily Mail 11/11/2011)