This page can be viewed at http://www.historycommons.org/entity.jsp?entity=sadeer_saleem_1

Sadeer Saleem was a participant or observer in the following events: 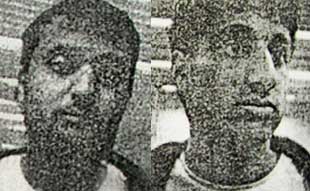 Mohammad Sidique Khan (left) and Shehzad Tanweer (right) passing through immigration control in Karachi, Pakistan. [Source: Public domain]Two suicide bombers in the 7/7 London bombings (see July 7, 2005) attend a militant training camp in Pakistan. On November 18, 2004, 7/7 bombers Mohammad Sidique Khan and Shehzad Tanweer fly from Britain to Pakistan. British officials will later accuse the two other 7/7 bombers, Germaine Lindsay and Hasib Hussain, and three of their associates, Waheed Ali, Sadeer Saleem, and Mohammed Shakil, of scouting for bomb targets on December 16 and 17, 2004. The five of them visit the Natural History Museum, the London Eye, and the London Aquarium. Ali, Saleem, and Shakil will later be charged with assisting the 7/7 bombers, but they will claim they were merely on a sightseeing trip. In any case, nine days later, on December 26, Ali and Saleem fly to Pakistan. Ali will later admit in court that they meet Khan and Tanweer at a training camp. Tanweer apparently spends much of the time at a training camp near Kashmir (see December 2004-January 2005), and Khan mostly trains elsewhere with an al-Qaeda linked explosives expert (see July 23, 2005). Khan and Tanweer leave Pakistan on February 8, 2005, while Ali and Saleem stay until late February. (Harding and Cowan 7/19/2005; Walker 4/14/2008; Williams 5/21/2008) Khan and Tanweer attended training camps in Pakistan in the summer of 2003 (see July-September 2003), and Khan also went in July 2001 (see July 2001).