This page can be viewed at http://www.historycommons.org/entity.jsp?entity=sandra_wilkinson_1

Sandra Wilkinson was a participant or observer in the following events: 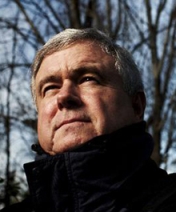 Thomas Tamm. [Source: Newsweek]Thomas Tamm, a veteran Justice Department prosecutor with a high-level security clearance, is finishing up a yearlong post with the Office of Intelligence Policy and Review (OIPR), a Justice Department unit handling wiretaps of suspected terrorists and spies. As his stint is coming to a close, Tamm learns of the existence of a highly classified National Security Agency (NSA) program that is electronically eavesdropping on American citizens—domestic wiretapping. He later learns that “the program,” as it is referred to by those few who know of it at all, is called “Stellar Wind.”
Concealment from FISA Judges - Tamm learns that the NSA program is being hidden from the Foreign Intelligence Surveillance Act (FISA) Court, a panel of federal judges who by law must approve and supervise such surveillance for intelligence purposes. OIPR lawyers ask the FISA Court for permission to implement national-security wiretaps. But, Tamm learns, some wiretaps—signed only by Attorney General John Ashcroft—are going to the chief FISA Court judge and not the other ten judges on the FISA panel. The “AG-only” requests are extraordinarily secretive, and involve information gleaned from what is only referred to as “the program”—Stellar Wind. Only a very few White House and US intelligence officials know the name and the nature of “the program.” Stellar Wind involves domestic wiretaps on telephones and computer e-mail accounts derived from, but not necessarily linked to, information secured from captured al-Qaeda computers and cell phones overseas. With the voluntary cooperation of American telecommunications companies (see 1997-August 2007 and After, February 2001, February 2001, and February 2001 and Beyond), the NSA program also collects vast amounts of personal data about US citizens’ phone and e-mail communications. The program also collects an enormous amount of financial information from the Treasury Department (see February 28, 2006), all collected as part of the NSA’s “data mining” efforts (see Late 1999 and After September 11, 2001).
Program Is 'Probably Illegal,' Says DOJ Official - Tamm, suspicious about the unusual requests, asks his supervisors about the program, and is told to drop the subject. “[N]o one wanted to talk about it,” he will recall. Tamm asks one of his supervisors, Lisa Farabee, “Do you know what the program is?” Farabee replies: “Don’t even go there.… I assume what they are doing is illegal.” Tamm is horrified. His first thought, he will later recall, is, “I’m a law enforcement officer and I’m participating in something that is illegal?” Tamm soon finds out from deputy OIPR counsel Mark Bradley that the chief FISA judge, Colleen Kollar-Kotelly, is raising unwanted questions about the warrant requests (see 2004 and 2005), and “the AG-only cases are being shut down.” Bradley adds, “This may be [a time] the attorney general gets indicted.”
Request for Guidance Turned Down - For weeks, Tamm agonizes over what to do. He seeks guidance from a former colleague, Sandra Wilkinson, who now works on the Senate Judiciary Committee. The two have coffee in the Senate cafeteria, and Tamm asks Wilkinson to ask if anyone on the committee knows anything about “the program.” Weeks go by without a response, and Tamm sends Wilkinson an e-mail from his OIPR computer—an e-mail that will later alert the FBI to Tamm’s interest in Stellar Wind. During a second conversation, Wilkinson refuses to give Tamm any information. “Well, you know, then,” he replies, “I think my only option is to go to the press.”
Contacting the New York Times - Tamm finally decides to contact the New York Times’s Eric Lichtblau, who has written several stories on the Justice Department that impressed Tamm. By this point he has transferred out of OIPR and back into a Justice Department office that would allow him to return to the courtroom. Tamm calls Lichtblau from a pay phone near the US District Courthouse in Washington. “My whole body was shaking,” he will recall. He identifies himself only as “Mark” (his middle name), and arranges to meet Lichtblau at a bookstore near the Justice Department. (In his 2008 book Bush’s Law: The Remaking of American Justice, Lichtblau describes Tamm as “a walk-in” source who was “agitated about something going on in the intelligence community.” Lichtblau will describe Tamm as wary and “maddeningly vague,” but as they continue to meet—usually in bookstores and coffee shops in the Capitol District—Tamm’s “credibility and his bona fides became clear and his angst appears sincere. Eighteen months later, after finally overriding a request and warning from President Bush not to print the story (see December 6, 2005), the Times reports on the existence of the NSA program (see December 15, 2005). (Sanchez 12/16/2008; Isikoff 12/22/2008)