This page can be viewed at http://www.historycommons.org/entity.jsp?entity=saul_pilchen_1

Saul Pilchen was a participant or observer in the following events:

July 27, 2005 and After: Liberal Blogger: Miller May Herself Be the Source of Plame Wilson’s Identity 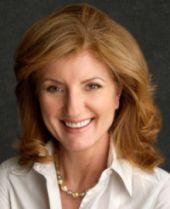 Arianna Huffington. [Source: Boston Globe]Liberal blogger Arianna Huffington slams the perception that New York Times reporter Judith Miller is, in Huffington’s words, “a heroic martyr, sacrificing her freedom in the name of journalistic integrity” by going to jail to protect her White House sources in the Plame Wilson leak investigation (see July 6, 2005). Huffington speculates that Miller is herself the source she is trying to protect. It was Miller, Huffington theorizes, who found out from “her friends in the intelligence community” that Plame Wilson was a covert CIA agent, and subsequently told White House official Lewis Libby of Plame Wilson’s CIA status. Miller’s motivation was to protect her own rapidly deteriorating reputation as a purveyor of manipulated and deceptive information to promote the Iraq invasion (see July 6, 2003 and July 25, 2003). “Maybe Miller tells [White House official Karl] Rove too—or Libby does. The White House hatchet men turn around and tell [reporters Robert] Novak and [Matthew] Cooper. The story gets out. This is why Miller doesn’t want to reveal her ‘source’ at the White House—because she was the source.… This also explains why Miller never wrote a story about Plame, because her goal wasn’t to write a story, but to get out the story that cast doubts on Wilson’s motives. Which Novak did” (see July 14, 2003). (Huffington 7/27/2005) When Miller learns of Huffington’s article, via her lawyer Saul Pilchen, she is horrified. Pilchen, himself taken aback by Huffington’s vociferous and unsourced assertions (which Huffington called “a scenario” and not established fact), will later tell reporter Marie Brennan: “It was my first experience with the blog culture. It was astounding to me how little constraint the bloggers had. They were passing off speculation as fact, and it read to me like pure character assassination.” Miller considers the Huffington piece certainly mistaken, and possibly libelous. But, as Brennan will later observe, the discussion and debate generated by Huffington and many others in the “blogosphere” make it difficult for fellow journalists to defend Miller. Reporter Lowell Bergman, a Miller defender, will later tell Brennan that it quickly became clear that Huffington’s idea of Miller being part of a White House conspiracy “was a fantasy fed by the deep animosity of people toward Judy.… It was a surrogate for what they all wanted to do to the Bush administration.” (Huffington 7/27/2005; Brenner 4/2006)