This page can be viewed at http://www.historycommons.org/entity.jsp?entity=stan_hess_1

Stan Hess was a participant or observer in the following events: 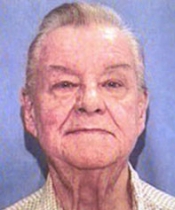 James von Brunn. [Source: UPI / TPM Muckraker]James von Brunn, an 88-year-old man with a long history of violence and anti-Semitism, opens fire inside Washington’s Holocaust Museum. Von Brunn kills a security guard, Stephen T. Johns, before being brought down by fire from other security guards. Von Brunn is hospitalized in critical condition. Von Brunn brought a .22 rifle into the museum and began shooting almost immediately upon entering the building. (WJLA-TV 6/10/2009; Sisk and Kennedy 6/11/2009) The New York Daily News identifies von Brunn as a “neo-Nazi.” (Sisk and Kennedy 6/11/2009)
Targeting Jewish White House Official - Von Brunn has a list of nine locations in his car, including the White House, the US Capitol, and media outlets such as Fox News and the Washington Post. (WJLA-TV 6/10/2009) A note in a notebook found in the car reads: “You want my weapons, this is how you’ll get them. The Holocaust is a lie. Obama was created by Jews. Obama does what his Jew owners tell him to do.” In September 2010, the press will learn that von Brunn intended to kill President Obama’s senior adviser David Axelrod, a Jew. Von Brunn did not believe he could get to Obama, authorities will later confirm, but he had the “motive, means, and intent” to kill Axelrod, one of Obama’s closest aides. Axelrod will be given special Secret Service protection. (Taylor and Nasaw 6/11/2009; Gellman 9/30/2010; Sladja 9/30/2010)
Shock, Sadness Mark Reactions - Within hours, President Obama and a number of political and cultural organizations will express their shock and sorrow over the shooting (see June 10-11, 2009).
Long History of Violence, White Supremacist Ties, and Anti-Semitism - Von Brunn maintains a Web site, “holywesternempire.org,” described by reporters as “racist [and] anti-Semitic,” and is the author of a book, Kill the Best Gentiles, which alleges a Jewish “conspiracy to destroy the white gene pool.” Von Brunn served six years in prison for a 1981 attempt to kidnap members of the Federal Reserve Board. (On his Web site, he complained of being convicted by a “Jew/Negro” conspiracy of lawyers and judicial officials.) His Web site alleges that the Holocaust is a hoax, and calls Nazi Germany the “cultural gem of the West.” The FBI is investigating the shooting as a possible hate crime or a case of domestic terrorism. The Southern Poverty Law Center (SPLC) lists von Brunn’s Web site as a hate site. (WJLA-TV 6/10/2009; NBC New York 6/11/2009; Hall, Bello, and Heath 6/11/2009) “We’ve been tracking this guy for decades,” says SPLC official Heidi Beirich. “He thinks the Jews control the Federal Reserve, the banking system, that basically all Jews are evil.” (Associated Press 6/10/2009) Von Brunn’s son, Erik von Brunn, says his father’s virulent racism and anti-Semitism has blighted their family for years. In a statement, he writes: “For the extremists who believe my father is a hero: it is imperative you understand what he did was an act of cowardice. His actions have undermined your ‘movement,’ and strengthened the resistance against your cause. He should not be remembered as a brave man or a hero, but a coward unable to come to grips with the fact he threw his and his families lives away for an ideology that fostered sadness and anguish.” (Turgue 6/14/2009) Further investigation turns up evidence that Von Brunn has connections to white supremacist organizations and anti-government groups. In 2004, von Brunn stayed for four days in Hayden, Idaho, with Stan Hess, then the representative for white supremacist David Duke’s European rights group. Hess recalls von Brunn as being “very angry about society and the Jewish influence at the Federal Reserve.” Von Brunn, Hess says, alluded to violence but never spoke specifically about a target. (NBC New York 6/11/2009; Hall, Bello, and Heath 6/11/2009) FBI investigators find a painting of Adolf Hitler and Jesus Christ standing together in von Brunn’s home. They also find more firearms, and child pornography on his computer. (MyFoxDC 6/17/2009; Wilber 6/19/2009) Von Brunn also has ties to the far-right, white supremacist British National Party, and had attended meetings of the American Friends of the British National Party. (Taylor and Nasaw 6/11/2009)
Eradicating Evidence of Support - Within hours of the murder, Web sites featuring von Brunn’s work begin removing his material from their pages; some of those sites are operated by organizations whose members had praised and supported von Brunn’s white supremacist and anti-Obama statements (see June 10-11, 2009).
Connections to Anti-Obama 'Birther' Movement - Von Brunn has also written about his belief that Obama is at the heart of a conspiracy to cover up his Kenyan citizenship (see October 8-10, 2008). Reporter Ben Smith writes, “The penetration of the birther mythology into the violent fringe has to be a worry for the Secret Service, because at it’s heart, it’s about denying Obama’s legitimacy to hold the office of president.” (Smith 6/10/2009; Hall, Bello, and Heath 6/11/2009)
Indicted for Murder, Dies before Trial - Von Brunn will be indicted for first-degree murder in the death of Johns. (Wilber 7/29/2009) However, he will die in prison before his trial can commence. (BBC 1/6/2010)